A new book is coming out called “Bill and Hillary: So This Is That Thing Called Love,” written by Darwin Porter and Danforth Prince.  The book claims that Hillary once made Bill get an HIV test, which she also took.  Both tests were negative.  A more interesting story comes to us from two notable sources: Washington Post publisher Katherine Graham and author Truman Capote.

This is the story that Onassis allegedly told to her close friend Graham:

The former First Lady apparently met resistance when she rebuffed his advances. “We almost indulged in a wrestling match. It was most embarrassing,” she allegedly later told longtime Washington Post publisher Katherine Graham.

“I mean, I was flattered that I turned him on so much at my age, but Bill was just like Jack [Kennedy] in the sense that neither of them wanted to take ‘no’ for an answer. Ever since that day, I prefer not to be alone with Bill.”

Graham, a notorious gossip, recounted the story to novelist Truman Capote who, quite a yenta himself, circulated it further.

There is no reason to believe two such well known people would lie about such an encounter and there is also no reason to believe Jackie O would lie either.  A Clinton source says that Bill never tried to have sex with Onassis and the very idea is absurd.  I believe that was the original story with Monica Lewinsky, too, wasn’t it?

Is the story true?  Is Bill Clinton the type of man who never takes no for an answer? 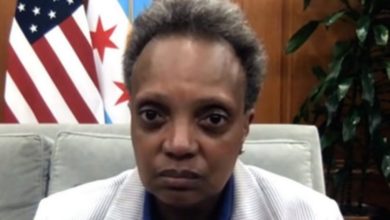