Its been said that politics makes for strange bedfellows, but as it turns out, so does receiving millions of dollars from an oppressive and backwards nation for a politician’s questionable charity foundation. As reported by the Sydney Morning Herald (of Australia), and also by the Jordanian-based Al-Bawaba news service, both on Apr. 12, 2016, the Grand Mufti of the Kingdom of Saudi Arabia has handed down an official religious ruling defending the royal decree against women openly driving vehicles anywhere within the kingdom.

The Saudi Arabian top cleric Sheikh Abdullah al-Sheikh, or on formal occasions, Grand Mufti Sheikh Abdul Aziz bin-Abdullah al-Sheikh, has handed down a fatwa defending the law against women driving. Seen by many as simply icing on the proverbial cake, the Royal House of Saud already rules the nation via an über-strict version of Islam’s Shari’a Law.

Specifically, Mufti al-Sheikh has proclaimed women taking to the wheel would be “exposed to evil” in the form of wicked men “obsessed with women” and with “weak spirits” who are obviously incapable of controlling their base desires. Presumably taking the leap back to the good old days of the 7th century, al-Sheikh also fretted that male relatives of said women motorists “would not know their whereabouts.”

As reported by Tom Kertscher of the non-partisan PolitiFact.com on Apr. 20th, 2015, “The kingdom gave between $10 million and $25 million to the Clinton Foundation between the time the foundation was created through 2014, and some portion of the funds was contributed in 2014, according to the foundation’s searchable database.”

But Mrs. Clinton isn’t the only liberally-minded individual to put money ahead of what’s publicly stated. As previously covered by Examiner.com, multiple news sites were referenced and linked to regarding Apple CEO Tim Cook hammering the state of Indiana’s Religious Freedom Restoration Act (RFRA) signed into law in early 2015. According to proponents, it would “protect the religious convictions of service providers such as pro-life pharmacists forced to sell abortifacients (abortion-inducing drugs).” But opponents claim, “the measure gives businesses a free pass to refuse gay and lesbian customers on religious grounds.”

Cook, who was tagged in 2011 as “The Most Powerful Gay Man in America”, took exception to the act. As he stated on the opinion pages of the Washington Post, the Apple boss penned he believes the RFRA “goes against the very principles our nation was founded on.” Not quite finished, Cook also stated “On behalf of Apple, I’m standing up to oppose this new wave of legislation wherever it emerges. I’m writing in the hopes that many more will join this movement.”

However, Cook made no mention of Apple Inc. expanding to 14 new stores within the kingdom during 2014. Saudi Arabia also happens to execute homosexuals, either by hanging or beheading.

But as far as Mufti al-Sheikh is concerned, this inst the first time he’s made somewhat of a curious religious ruling. The Arabian holy honcho has also issued the following fatwas: 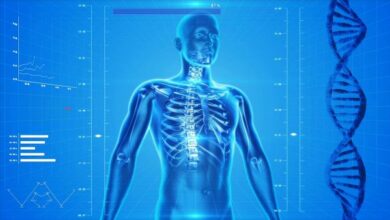 Humanity In the Midst Of A ‘Mutational Meltdown’ Causing Us To Become Smaller, Slower, And Dumber