As we’ve noted here and here, Democrats are now demanding that Attorney General Jeff Sessions resign after news broke that he actually met the Russian ambassador twice in the course of his work as a U.S. Senator.  On Thursday, Sen. Claire McCaskill, D-Mo., issued a tweet saying that she never met the Russian ambassador.  But thanks to some intrepid Twitter users, the Internet learned that she lied.

I've been on the Armed Services Com for 10 years.No call or meeting w/Russian ambassador. Ever. Ambassadors call members of Foreign Rel Com.

As it turns out, she not only met the ambassador once, she met with him twice.  The first meeting was in 2013 and the second was in 2015.  And she even tweeted about it at the time. 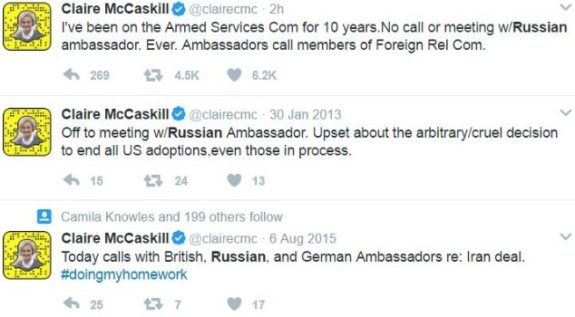 There’s even a picture of one meeting: 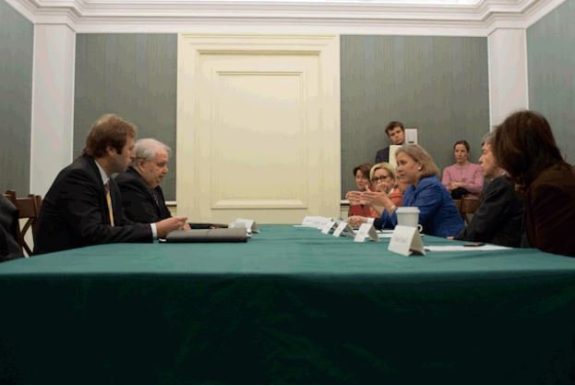 She lied on Twitter. That's not only perjury — it violates the Logan Act! https://t.co/z8lQG6WVwH

What, you actually expect the Democrat-media complex to do its job?  Are you kidding?

She tried to explain it all away, but her explanation doesn’t exactly hold water.

4 years ago went to meeting of many Senators about international adoptions. Russian Amb also attended.

But that’s not what she said at the time as anyone who can read and comprehend English can clearly determine:

Off to meeting w/Russian Ambassador. Upset about the arbitrary/cruel decision to end all US adoptions,even those in process.

There’s a huge difference between “Off to meeting w/Russian Ambassador” and “Russian Amb also attended.”  Of course, we don’t expect the low-information left to see that…

In other words, she lied, then tried to cover it with another lie.

Time for Claire McCaskill to resign… 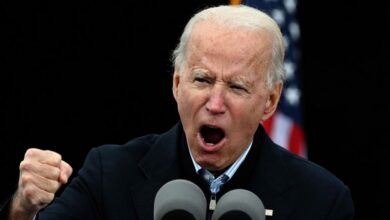 Insane: Biden’s Woke Air Force Tells Cadets Not to Use Gendered Words Like Mom and Dad