Dark Brandon (Joe Biden), our “Divider-in-Chief,” delivered an unscheduled speech last night, as we reported (see below). He told the country that Republicans and Conservatives are a “threat to democracy” just days before the midterms. He gave no course of action to fix the economy, the energy crisis, open borders, out of control inflation, the baby formula crisis, or any other crisis facing our nation. Instead, he continues to paint “Mega MAGA Republicans” as “threats to democracy and by gawd you’d better vote to get rid of them.” [Kind of amazing he can say the three words “Mega MAGA Republicans” without the usual brain freeze. Those teleprompters are gold for messed up people – if they can actually read, that is.]

It was a pathetic attempt to place blame in the wrong direction, and allow Dark Brandon to take no responsibility for his own failed policies.  But what is the true danger here? Doesn’t everyone see through the bs spouted by a dementia-ridden husk? Actually, lies are quite effective for those whose lives revolve around pure selfishness. It’s why some of the races are so close when they shouldn’t be. Abortion and Jan 6 fade into the background for the rest of us when buying a head of lettuce or a package of hamburger puts our finances into a tailspin.

Dark Brandon spends much of his life squinting and making faces, displaying anger, or eating ice cream cones and mumbling incomprehensible babble while mothers struggle to find food for their babies. He hops off on the taxpayer’s dime to vacation at the beach in Delaware while threats to our nation from adversaries abroad pile up like so many unopened pieces of mail in the mailbox. As families face a cold winter with little heating oil, or not be able to get to work due to lack of money for gas, or struggle to put food on the table for their families, Dark Brandon doesn’t care: he’s focused on blaming those who want to fix those problems.

As people flee major cities in droves due to crime and economic issues,  Dark Brandon’s only thought its to blame Trump, whose policies were the exact opposite of his own. DJT’s policies worked and worked well. The policies of Dark Brandon and other Democrats are total disasters.

As has been noted by 157 former Military leaders,  Fox News hosts, right wing media, and anyone else with a real brain, our nation sits on the edge of a cliff. If we do not vote GOP in this election we are destroyed. We may not have until 2024 to survive, it’s that bad. Predictions and polls can be manipulated and are often wrong. Democrats often cheat, despite what Hillary says. So ignore what the polls say … if you have’t already voted, get off the couch on November 8 and get to the voting booth.

And remember what these Democrat ninnies have done to our beloved country. 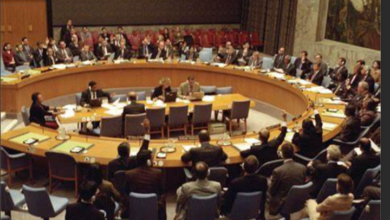