Senator Cory Booker has revealed that his fellow Democrats will keep impeachment of Justice Brett Kavanaugh on the table should they regain control of the House and/or Senate in the 2018 midterms.

Booker (D-Sparta) is one in a long line of Democrats obsessed with impeachment as a means to show their base how ‘tough’ and committed to the ‘resistance’ they are.

“After the revelations of his confirmation hearings,” wrote Lisa Graves, a Deputy Assistant Attorney General during the Clinton administration, “the better question is whether (Kavanaugh) should be impeached from the federal judiciary.”

“If we find lies about assault against women, then we should proceed to impeach,” Rep. Luis Gutiérrez, a man who has been arrested more than once while serving as a congressman, said.

Rep. Ted Lieu, quite possibly one of the more fantastically melodramatic and unintelligent Democrats on social media, echoed those sentiments.

And Axios has reported that a well-known Democratic strategist claims the “only question (about impeachment) is who calls for it first.”

Enter Spartacus, who would need the House to actually ‘call for it’ and is flat-out lying that the Senate could possibly do anything in regards to impeaching Kavanaugh.

Cory 'I Am Spartacus' Booker: If We Win The House Or Senate We Could Impeach Kavanaugh https://t.co/AKgpeB58zo

“The reality is, right now, Republicans control the House and the Senate, and there’s no way to do even an investigation unless we flip one of the houses,” Booker said, inferring that a flip could result in that investigation and start the House down the road to impeachment.

“I think that after the dust settles on the night of the 6th, I think that’s where we start to evaluate … what is the best thing for us to be focusing on in terms of what’s best for America and the American people,” the self-described warrior added.

Two things are working against Booker’s fantastic dreams. One, only one Supreme Court Justice has ever been impeached in the House – Samuel Chase in 1805 – and two, Booker’s Senate would need 67 votes to impeach, a virtual impossibility.

Not to mention the concept relies on the notion that Democrats will take over both Houses of Congress, when even one is not guaranteed.

One former CIA Operations Officer and member of the Democrat party recently admitted that his colleagues overplayed their hand in the Kavanaugh abuse story.

“The Democratic assault has awakened a Republican giant,” he warned in an op-ed column.

Conservative radio talk show host Rush Limbaugh warned that if the Democrats don’t get their way and win back the House, subsequently stonewalling any effort to impeach Kavanaugh, the party just might “lose it.”

“[Democrats are] already planning to impeach Kavanaugh and Trump, and if that doesn’t happen, I really think they may lose it” –Rush Limbaugh pic.twitter.com/GqDuXxskFa

“They are so, so certain they’re gonna win this, they’ve already banked on the win,” Limbaugh stated on his Tuesday show. “They’re already planning to impeach Kavanaugh and Trump. And if that doesn’t happen, I really think they may lose it all and very quickly.”

Lose their minds? You can’t lose what you never had in the first place.

Still, this should serve as a major wake-up call for Republican voters with any designs on complacency during the midterm elections.

Stay home and you just might lose your country. 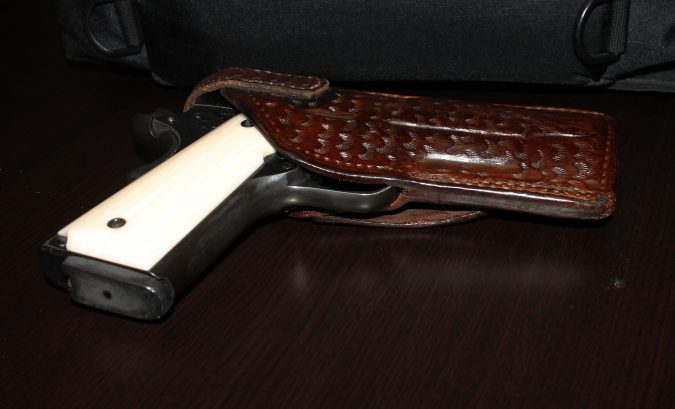 Did the National Enquirer just give Hillary and George Soros the White House?

Trump and Democrat alliance could form on some issues