On Thursday, Breitbart reported that Anthony Bourdain, a former Food Network personality and current host of CNN’s Parts Unknown, told TMZ that he would poison President Trump with hemlock if he were asked to cater a peace talk meeting between the president and North Korean dictator Kim Jong Un.

Bourdain, Breitbart said, was asked if he would go to North Korea to do a food show.

Bourdain said that everyone in North Korea is starving, so there is no reason to go there. He also called the diminutive dictator of the oppressed nation a series of obscene names, saying Kim Jong-un is a “chubby, evil little f***.”

But then the TMZ stringer asked what Bourdain would serve if he was asked to cater a dinner for President Trump.

Bourdain answered simply, “Hemlock,” appearing to admit he would poison the president if given the chance.

Bourdain’s short answer prompted a laugh from the TMZ reporter who apparently thinks killing the president with a deadly poison is funny.

The TMZ reporter also asked about what the TV chef thinks of the president’s tweets, but all Bourdain gave was a shrug of his shoulders.

This isn’t the first time the TV food personality spoke about dining with the president. Last year, Bourdain said he would “absolutely f*cking not” dine with Trump.

Also in 2016, Bourdain insisted that he would boycott the restaurant in Trump’s Washington D.C. hotel.

The jokey, casual death threats really reveal how vile these people are. https://t.co/2unGGeSsRs

Vile doesn’t even begin to describe it.  As I’ve said repeatedly since February 2011, liberalism, at its core, is an ideology of rage and hate.  Sadly, liberals prove that assertion correct on just about any given day.

Bourdain later told Fox News he meant to say “kale” instead of “hemlock”:

When reached by Fox News, Bourdain, apparently joking, said that he meant to say “kale” instead of hemlock.

CNN recently fired Kathy Griffin for posing with a bloody head made to look like Trump. The liberal network also cut ties with “Believer” host Reza Aslan after his anti-Trump rhetoric on Twitter was widely criticized. It’s unclear if Bourdain would suffer any consequences for his rhetoric, but it’s worth noting that “Parts Unknown” is significantly more popular than programs hosted by Griffin and Aslan.

CNN, the cable outlet now seen by many as the least-trusted name in network news according to the results of a poll published by the Washington Free Beacon in January, did not respond to requests for comments, Fox said.

What do you think? Should CNN fire Bourdain for his statement?  Let us know in the comment section below. 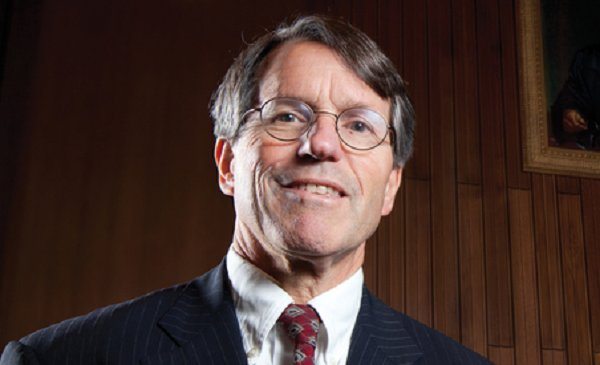