Of all the coverage of Wednesday’s shooting of Congressman Steve Scalise and at least three other people at an Alexandria, Virginia baseball field, the Daily Mail put it in the most brutal perspective.

Gunman James Hodgkinson of Illinois, an apparent socialist Democrat, was a “Trump-hating Bernie (Sanders) supporter.” Sen. Sanders confirmed in remarks on the Senate floor that the would-be killer, who was the only fatality, was a volunteer on his 2016 presidential campaign.

Whether it was planned for today or simply an irony, the incident occurred on President Donald Trump’s 71st birthday.

Hodgkinson’s Facebook page, which had been deluged with messages after he was identified as the gunman, has been taken down.

The 66-year-old would-be killer was fatally wounded in an exchange of gunfire with Capitol Police, who were providing security for Scalise, who serves as House Majority Whip.

Perhaps not surprisingly, coverage seemed to only occasionally mention that Hodgkinson was a far-Left liberal activist. The federal Bureau of Alcohol, Tobacco, Firearms and Explosives was doing a speedy trace of the firearms recovered at the scene. The gunman was reportedly armed with a semi-auto rifle and handgun.

Just before shooting erupted, several witnesses said Hodgkinson had apparently been asking people whether Republicans or Democrats were practicing at the park at the time. Hodgkinson was apparently targeting Republicans. According to The Week, Congressman Mark Walker, a North Carolina Republican, told NBC News that it appeared “the gunman was there to kill as many Republican members as possible.” It is not clear whether he made any statements to that effect.

Conservative writer Ann Coulter posted on Twitter that there are four facts about the gunman: he was white, male, had a gun and was “left wing” and then openly wondered which of those four items the mainstream media will leave out as it covers the incident.

An unknown number of shots were fired and it is believed the gunman reloaded at least once during his rampage. Some estimates go as high as 100 rounds, and the shooting incident reportedly lasted several minutes.

Alan Gottlieb, founder and executive vice president of the Second Amendment Foundation, issued a statement condemning the shooting, and blamed it on “Democratic Hate Speech.”

“This hate speech that has been going on since Donald Trump was elected,” he said. “It gets their voter base agitated and this is what happens as a result.”

Gottlieb said it was time for certain politicians and “talking heads at CNN and MSNBC to shut up.”

The investigation is still in its early stages, and more will be known about the shooter and where he may have gotten his guns. His motivation, it appears, came from bitter partisanship. 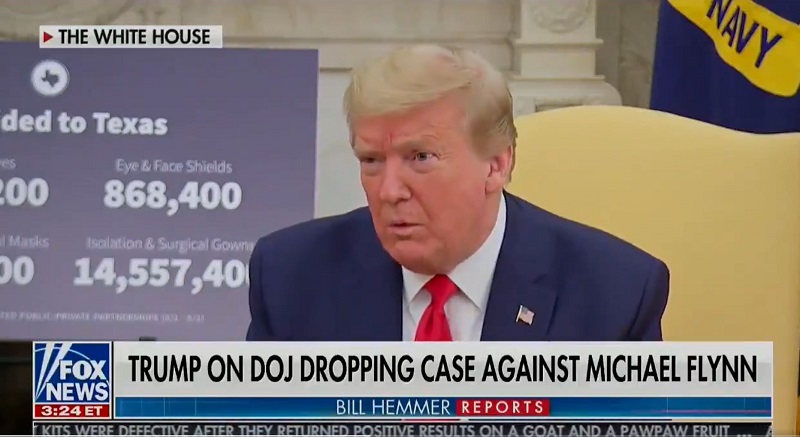