Wind turbines are an eyesore. Even a politician as staunchly liberal as the late Sen. Ted Kennedy would tell you that. So can a sign reading “Support Our Troops” be regarded as an eyesore? Of course. Provided that the problem opponents have with the sign is that it is genuinely offensive from an aesthetic standpoint, and it is not the message that gives pause.

You are free to make your own call after weighing the facts as they are presented in an article published by CBS Sacramento:

A church is in a clash with Nevada County after being told to take down a sign with an American flag and a message to support the troops.

Simple Truth Church put up the sign to cover an old, rundown billboard. However the ‘Support Our Troops’ sign is becoming quite controversial. If the church doesn’t remove the sign, it could be fined.

Most drivers CBS13 spoke with did not have a problem with the sign.

‘It doesn’t bother me at all,’ said one person.

But for others, it’s an eyesore. It’s for that reason someone complained to the county to have it taken down.

The article goes on to note that Bill and Julia Stokes, the church members who erected the sign three weeks ago, say that their goal was to send a positive message. They maintain, moreover, that that is how it is being received for the most part. “People just drive by and love it,” says Julia Stokes. “There have been four new people come to our church because of that sign.”

But the article also points out additionally that according to county officials the church should have applied for a permit prior to erecting the sign. That sounds pretty reasonable — until you consider that the issue of a permit was never raised in regard to the faded realty sign that occupied the space for the last 20 years. 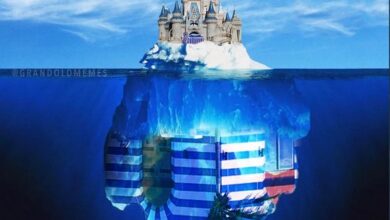 World Economic Forum: Only Way To “Save Humanity” Is To Unleash The Pedophiles 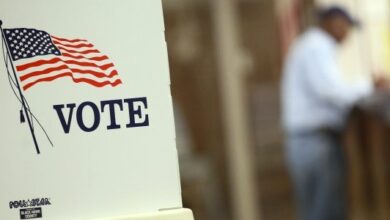 Counties AND Candidates Go To Court Over Arizona’s Election