It’s nice to hear Charlie Rangel speak, it reminds people how dirty the swamp can get. The former most corrupt man in Congress appeared on John Catsimatidis’ radio show on Sunday morning  For those of you who don’t live in Manhattan, Mr. Catsimatidis is the billionaire owner of the Gristedes supermarket chain which seemingly has a store on every street in the borough.

In the interview the former corrupt Congressman said;  “Trump has completely destroyed the Republican Party.” He goes on to say that “The worst we have in America has joined with Trump and good Republicans have nowhere to go.”

Worst of America? Sorry, Charlie! The worst of America are elected officials who use their office to enrich themselves. Like YOU. 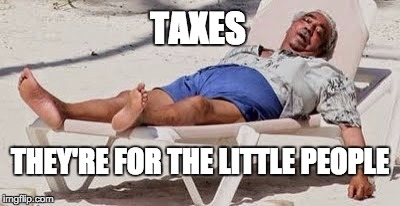 Perhaps Rangel’s most famous act of illegality during his congressional tenure was in regards to a rental income Mr. Rangel purchased in 1987 at the Punta Cana Yacht Club in the Dominican Republic (see picture above). In 2009 the National Legal and Policy Center looked at Mr. Rangel’s House financial disclosure forms in August, it noted that his reported income seemed suspiciously low. In 2004 and 2005, he reported no more than $5,000, and in 2006 and 2007 no income at all from the property.

Mr. Rangel eventually admitted having failed to report rental income of $75,000 over the years. First, he blamed his wife for the oversight because he said she was supposed to be managing the property. Then he blamed the language barrier. “Every time I thought I was getting somewhere, they’d start speaking Spanish,” Mr. Rangel explained.

Ironically when this first came out, Rangel was Chairman of the House Ways and Means Committee which is responsible for writing the tax laws. And that was just one ethics violation in Rep. Rangel’s long record:

Rangel was also occupying four rent-controlled apartments in New York. According to the NYC laws, one doesn’t qualify for rent control unless the apartment is your primary residence. So Charlie was double-dipping. So he also got in trouble for using one of the apartments as his office.

Then there was the $1.95 million, federal earmark which funded the Charles B. Rangel Center for Public Service. This one was legal, but it still smelled of the swamp.

Charlie also misused his congressional office to fundraise for the above private Rangel Center by preserving a tax loophole for an oil drilling company in exchange for a donation to his vanity Charles B. Rangel center.

Then there was the investigation of the NY Congressman, revolving around a Caribbean boondoggle.

Once the ethics investigation of Rangel began, he gave campaign donations to 119 members of Congress, including three of the five Democrats on the House Ethics Committee who are charged with investigating him. I am sure the investigation had little to do with the donations…he was just “friendly.”

Then there is the matter of his financial disclosure forms. Let’s just say it had some mistakes also, either that or he forgot that half his income even existed.

One of the donors who gave too much: Donald Harty, a big-time fast food franchisee who owned a KFC/Taco Bell that was infamously shut down in 2007 after TV cameras captured a swarm of rats running around inside.

He gave $3,600 for Rangel’s Democratic primary campaign — $1,000 over the limit for individual donors.

Also giving more than the limit was the National Association of Real Estate Investment Trusts.

Rangel drew scrutiny while chairman of the House Ways and Means Committee for advancing legislation that would benefit such trusts while pocketing donations from the group.

The other donations came from the Oneida Indian Nation and Gerald Cassidy, according to the FEC notice, which was sent last week.

Rangel campaign officials said they’ve refunded some of the contributions and shifted others to a general election account to comply with the law. They characterized the FEC notice as routine.

In June of the same year Charlie Rangel got caught hiding another boondoggle, as published by the National Journal:

The 84-year-old New York Democrat joined a 10-lawmaker delegation from the Congressional Black Caucus for a weeklong China trip last August. Seven of the other lawmakers on the trip listed it on their annual financial-disclosure forms, made public earlier this month. The two other attendees, Reps. Gregory Meeks and Sheila Jackson Lee, have not yet filed their reports, after asking for extensions. Only Rangel has failed to report the trip.

The NY Daily News asked Rangel’s office about the report:

During Sunday’s interview, Rangel also spoke about the divisiveness facing America, saying he had friends on both sides of the political aisle and he’s never seen the polarization that’s occurring today. Hey Charlie, people in glass houses.

He was undoubtedly divisive when Bibi Netanyahu was scheduled to speak to Congress about Iran, saying that Netanyahu shouldn’t be allowed to talk to Congress, he should talk with AIPAC (a Jewish group). Funny In 2010 when then-Mexican President Felipe Calderon spoke to a joint session of Congress and slammed Arizona’s immigration policy, Charlie was silent. But then again Calderon wasn’t Jewish like Netanyahu.

In 2014 he hammered the tea party with the false claim that the embraced the Confederate flag, but also for hating President Barack Obama “as much as their [Dixiecrat] predecessors probably hated Abe Lincoln.”

“[In] some parts of the United States of America they don’t believe that the Union won. The reason I come to that conclusion is that … I have never seen so many Confederate flags that represent groups that are proud of the fact that they call themselves the Tea Party.

Sorry, Charlie but as someone who identified with the Tea Party, all the tea party people I ever met all believe the Union won the Civil War and are very happy they did.

But Rangel was only showing his hatred. In his mind anyone who disagreed with President Obama did so because he was black:

“It’s really amazing, that at this point in time when we have a president that looks like the slaves that they brought over here, when we had a black mayor, when we have a black attorney general, where state legislators all over are beginning to become of color, we got white folks now that are prepared on the brink of destroying the whole damn country, including the Supreme Court.”

Some members use Congress to help their constituents, others to advance their political ideology, but not Charlie Rangel. He used his office to divide the country and enrich himself.  Charlie Rangel is the worst of America. Of his congressional career people will always be able to say, Charlie Rangel always made the “gravy train” run on time.