Actor/producer Alec Baldwin, at moments teary-eyed, told ABC’s George Stephanopoulos in an exclusive interview that he doesn’t know how live ammunition ended up on the set of “Rust” outside of Santa Fe, N.M. several weeks ago, while insisting he did not pull the trigger.

Baldwin said when he released the hammer of the single-action “prop” gun, it discharged.

But gun enthusiasts on social media aren’t buying it, and neither are a couple of other actors who have used firearms on various film sets. Actor George Clooney, as noted by Fox News, said during a podcast that he always personally checks a firearm when handed one on set.

“I’ve been on sets for 40 years and the person that hands you the gun, the person that is responsible for the gun is either the prop or the armorer, period,” Clooney reportedly said. “Now every single time I’m handed a gun on the set, every time they hand me a gun I look at it, I open it. I show it to the person I’m pointing it to, I show it to the crew. Every single take you had to back to the armorer when you’re done… You do it again and part of it is because of what happened to Brandon [Lee], everyone does it. Everybody knows and maybe Alec did that, hopefully he did do that.”

Actor John Schneider, in a separate report on Fox News Digital, stated, “This is becoming an obvious attempt to blame the gun…Guns don’t work that way. They don’t load themselves and they don’t fire themselves. That’s absurd.”

A single-action revolver of the type used on the “Rust” set can easily be determined to be loaded or unloaded by simply glancing at the rear of the cylinder. Such a revolver is unlikely to discharge without the trigger being pressed to release the cocked hammer. While some argue it can happen, it would be a rare event.

The gun used in the incident reportedly is a Pietta reproduction of a single-action Colt sixgun, introduced in the early 1870s. It’s a real live firearm, capable of handling live ammunition. But on a movie set, it is supposed to be loaded either with blanks or no ammunition at all.

Killed in the October tragedy was cinematographer, Halyna Hutchins, while director, Joel Souza was wounded. Nobody knows how a live round got onto the movie set, much less how it ended up in Baldwin’s gun.

“Someone is responsible for what happened, and I can’t say who that was, but it’s not me,” Baldwin told Stephanopoulos during the interview.

However, people familiar with single-action revolvers do not appear to be accepting Baldwin’s story. 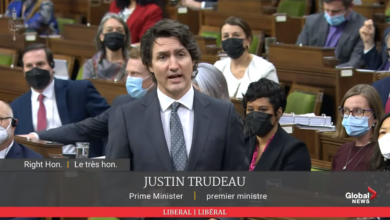