FOR more than a decade, this investigative journalist has been involved with a closely knit group of professionals, whose main job description encompasses “hunting and digging” into the Muslim Brotherhood Mafia’s “inner workings”, plus other matters. Mind you, the jihadis have NO idea what kind of tabs are being kept on them, and we intend to keep it like that. And that’s all that will be said about that. Zipped.

BUT what can be mentioned is that they are being monitored, watched, by very highly trained counterterror and counterintelligence operatives. Their work spans the entire US and parts of the Mid East. Israel is deeply in the mix. On the fringes, a select few (vetted) investigative journalists are in the fray, but on a need to know basis. The aforementioned are on the professional side of the scale.

ON the other hand, “cultivating” hard-charging patriots (some of whom are vets, ex special forces and the like, mostly Marines) is an absolute necessity to said line of work. Think of them as both informants and advance guards, when activated. Similarly, these “boots on the ground”, so to speak, span across the US. Keep this in the forefront, as you read on.

AND in light of the stepped-up jihad in Orlando – that which has been forewarned at this site ad infinitum –  this investigative journalist is receiving non-stop messages from these same professional “hunters and diggers.” The phone lines are burning up. The point being, they want this site to place an additional bulls-eye on CAIR, in so far that they are the ones who are fronting for Allah’s Muslim Terrorists, as the bonafide mouthpieces for those killing Americans (and Israelis) at will and at large. More than willing to assist, as instructed.

SO as to CAIR’s latest treachery inside America:

The most prominent advocacy group for orthodox radical Islam in the United States threatened Friday to have a Breitbart reporter arrested if he did not leave its soon-to-start public press conference about the bloody Pulse massacre of at least 50 gay Americans by an American Muslim.

Breitbart had gone to CAIR’s Pulse press conference to ask what steps Islamic groups are taking to distance American Muslims from orthodox Islamic scripture which frequently and clearly urge the expulsion, humiliation and the murder of homosexuals.

The press conference was to be held Friday at 5 pm by the Council for American-Islamic Relations at their Capitol Hill headquarters.

CAIR has been declared a terrorist organization by the United Arab Emirates and was named by federal prosecutors as an unindicted co-conspirator in a Hamas-funding operation.

“We have a person in our building that we asked to leave, and they’re not leaving,” the deputy said into his phone.

Breitbart has frequently noted that the CAIR group is so closely entwined with Islamists and with jihadis that court documents and news reports show that at least five of its people — either board members, employees or former employees — have been jailed or repatriated for various financial and terror-related offenses.

Breitbart has also published evidence highlighted by critics showing that CAIR was named an unindicted co-conspirator in a Texas-based criminal effort to deliver $12 million to the Jew-hating HAMAS jihad group, that CAIR was founded with$490,000 from HAMAS, and that the FBI bans top-level meetings with CAIR officials. “The FBI policy restricting a formal relationship with CAIR remains … [but]does not preclude communication regarding investigative activity or allegations of civil rights violations,” said an Oct. 2015 email from FBI spokesman Christopher Allen.

In 2009, a federal judge concluded that “the government has produced ample evidence to establish the associations of CAIR… with Hamas”….continue reading….

IN this regard, aside from particular intel gleaned re Orlando’s jihad and how its knock-on effects are expected to play out, much was discussed about how patriots on the ground are riled up and rearing to go. In a nutshell: they are fed up, fired up, and disgusted with the pussy-whipped (their EXACT descriptor) responses of law enforcement, be they part of the FED apparatus or locals.

NOW, readers are free to extrapolate from there, but make no mistake: on this end, this investigative journalist has yet to hear such anger and urgency in the voices of (American contacts) those who have been known to interrogate the worst of the worst.

NOT inconsequentially, know that exposing the Muslim Brotherhood Mafia comes with certain risks. So too does revealing the FEDS’s abject failure to bring them to heel, in addition to shielding them! Resultant, it is not for nothing that the FEDS have been equally excoriated at this site, over and over again.

MORE specifically, the following excerpted analysis re Orlando’s jihadi massacre should serve as supportive of that which this site has been hammering and hammering….

The guns were purchased legally a few days earlier at a local shop. This alone ought to have alerted the various US intelligence and surveillance agencies responsible for countering terrorism – except that, for lack of coordination, they missed the fact that a man twice questioned by the FBI was suddenly loading up on deadly weapons.
Mateen fit the profile of an Islamic terrorist, whose attributes the incumbent US administration consistently refuses to acknowledge: He was a Muslim, whose Afghan immigrant father is a Taliban supporter; a religious extremist, who recently made thepilgrimage to Mecca; he was divorced, known for violence, and licensed as a security officer to carry a gun.
The Orlando killer had long been overdue for close monitoring – or least a flag to prevent him from working as a security officer or carrying arms.
In 2013-14, the FBI interviewed him after he made “inflammatory remarks” to a colleague, before closing its investigation.
In 2014, the FBI hauled him in again over a connection with Moner Mohammad Abu-Salha, a 22-year old Palestinian American. They had grown up together at the small Florida coastal town of Fort Pierce. Abu Salha went off to Syria, joined the al Qaeda-linked Nusra Front and killed himself in a suicide attack by driving a massive truck bomb into a restaurant filled with Syrian government soldiers.
Yet the FBI against closed the file on Mateen after determining that the links between the two young Muslims did not warrant a full-dress inquiry.
Compiling all the known data on the Orlando killer with the results of the FBI interviews with him would have placed him high on the list of suspects and called in for further questioning.
The oversights of US law enforcement, intelligence and security agencies recur each time Islamist terrorists strike. The Ramadan 2016 attack in Orlando showed that no lessons had been learned from the lapses that led to 9/11.
The FBI erred gravely in closing the case over the Mateen connection with the Palestinian American suicide bomber. This explains why senior FBI officials are down-playing the importance of that connection.
When he was exculpated, the federal authorities also discontinued electronic surveillance of the terrorist’s movements. So they missed his mounting extremism, his frequent attendance at a mosque led by a radical imam, who regularly incited his flock to murder (“Gays must die”). He thus kept his Security Officer’s ID which gave him access to secure government sites. His name was kept on the list of licensees for carrying firearms.

CONCLUSIVELY, the following is a Bottom Line (illustrative) warning to CAIR, et al: 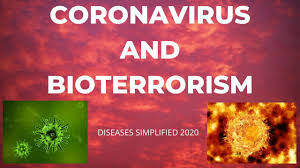