On Tuesday, Bristol Palin, daughter of former Alaska Governor Sarah Palin, hammered the Cruz campaign after one of the Senator’s spokesmen said that a Palin endorsement of Donald Trump would “be a blow to Sarah Palin.”

“I think it [would] be a blow to Sarah Palin, because Sarah Palin has been a champion for the conservative cause, and if she was going to endorse Donald Trump, sadly, she would be endorsing someone who’s held progressive views all their life on the sanctity of life, on marriage, on partial-birth abortion,” Cruz campaign spokesman Rick Tyler said on CNN’s “New Day.”

“I like Cruz,” Palin said. “In fact, I met him last year, and I believe anyone’s better than Hilary Clinton. But here’s the thing, Sen. Cruz.  My mom has consistently supported you and encouraged you.  You’ve been a great advocate for conservative causes, and she’s stood by you when others haven’t.”

After hearing what Cruz is now saying about my mom, in a negative knee-jerk reaction, makes me hope my mom does endorse Trump. Cruz’s flip-flop, turning against my mom who’s done nothing but support and help him when others sure didn’t, shows he’s a typical politician.  How rude to that he’s setting up a false narrative about her!

America doesn’t need that.  We need someone who has a vision for economic prosperity, who won’t let us get kicked around in the world, and who will fight for our future.

I didn’t go to Harvard Law School, but I know this:  You can like two people in a race, but there will only one president.

The audacity to suggest that because she chooses one over the other will somehow “damage” her just shows arrogance.

@SarahPalinUSA Do it. Burn it all down.

@MelleCon @SarahPalinUSA People looking for excuses to pit Ted and Sarah against each other.

@Cyntroe @bloodless_coup @SarahPalinUSA Yep, me too. If she endorses Trump, she is politically dead to me.

@SarahPalinUSA I thought that was respectful. I never thought I'd see the day you'd support a prochoice, eminent domain liberal. If true…

Twitchy added: “It is widely speculated that Palin will be in Iowa later this afternoon to endorse Trump…”

Will she endorse Trump?  He’s not saying…

Trump won't say if it's Sarah Palin but said he's a big fan of hers.

If there's 1 person that can give Trump the "conserv bonafides" nod… it's #Palin. She has huge Tea Party /grassroolts/evangelicals support

Amanda Carpenter, however, thinks it would be a really bad idea:

Such a move might help Trump with the conservative base in the primaries, but it would also tear the base apart in a way that may ultimately hurt the GOP in the general election. 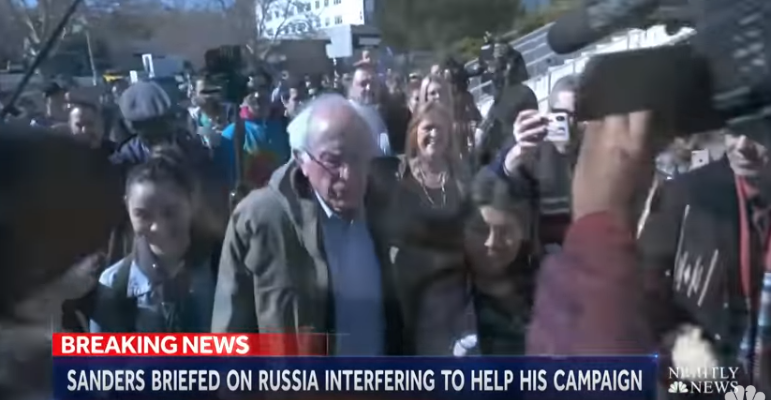