It’s been said that even a stopped watch is right twice a day.  That seemed to be the case Saturday, when Sen. Richard Blumenthal, D-Conn., was confronted about his outrageous tweet calling the nomination of Amy Coney Barrett to the Supreme Court “illegitimate” by — wait for it — CNN, the anti-Trump network once dubbed the least trusted name in cable news.

“I will oppose the confirmation of Judge Amy Coney Barrett, as I would any nominee proposed as part of this illegitimate sham process, barely one month before an election as Americans are already casting their votes. Americans deserve a voice in this hugely consequential decision,” Blumenthal tweeted.

I will oppose the confirmation of Judge Amy Coney Barrett, as I would any nominee proposed as part of this illegitimate sham process, barely one month before an election as Americans are already casting their votes. Americans deserve a voice in this hugely consequential decision.

I will refuse to treat this process as legitimate & will not meet with Judge Amy Coney Barrett.

So, what’s illegitimate about it?  Believe it or not, CNN’s Wolf Blitzer asked him that very question.

“What are the Republicans doing that is illegal or illegitimate?” Blitzer asked, adding a note that the Constitution delineates exactly how nominations to the court are supposed to go down.

“The Constitution says the president has to nominate Supreme Court justices; the Senate has to advise and consent and confirm,” Blitzer continued. “So what what is illegal about what the president and the Republicans are doing? You say it’s illegitimate.”

Blumenthal danced around the question and claimed it is illegitimate because of the timing of the nomination, noting that “the vote on this nominee will occur literally at the end of October, a handful of days before an election.”

Instead of simply accepting what Blumenthal said as so many left-wing propagandists might, Blitzer actually pressed the point, just like a real newsman should.

“Illegal it may be not under the Constitution,” Blumenthal said. “Under the norms and traditions and unwritten rules of the Senate, it is illegitimate.”

Really?  Like when Obama made a nomination to replace Justice Scalia in an election year?

“What I hear you saying, Sen. Blumenthal, it may be inappropriate, it may be wrong — especially so close to an election — but you agree that there’s nothing illegal or totally illegitimate as to what they’re doing,” Blitzer said.

Translation: It violates what Democrats want because Trump is in the White House.

Exit question: Will CNN punish Blitzer for this? 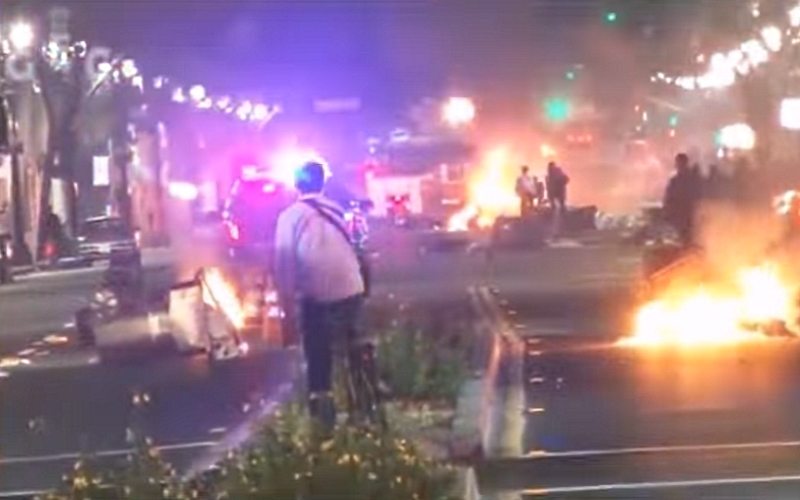