We are facing an unprecedented global energy crunch.  Demand for energy is continually rising, and the production of energy is not keeping pace.  One of the biggest reasons for this is that large financial institutions have become extremely hesitant to fund any new energy projects that will add more carbon emissions to the environment.  Instead, they want to fund projects that will help us transition to the new “green economy”, but meanwhile we are getting to a point where we will soon see widespread shortages of traditional forms of energy.  So now we all get to suffer.  A lack of oil is pushing the price of gasoline to alarming heights, shortages of natural gas are already causing tremendous disruptions in Asia and Europe, we are being told that we are facing a propane “armageddon” this winter, and supplies of coal have dropped to dangerously low levels around the world.

In other words, we are potentially heading into the most painful global energy crisis in modern history.

When CNN asked Blackstone CEO Stephen Schwarzman about this, he openly admitted that we are “going to end up with a real shortage of energy”…

“We’re going to end up with a real shortage of energy. And when you have a shortage, it’s going to cost more. And it’s probably going to cost a lot more,” the private-equity billionaire told CNN International’s Richard Quest at a conference in Saudi Arabia.

When the power goes out, people are not going to be happy.

And people are really not going to be happy if it goes out for an extended period of time.

According to Schwarzman, we will soon see “very unhappy people” all over the globe…

“You’re going to get very unhappy people around the world in the emerging markets in particular but in the developed world,” Schwarzman said at the Future Investment Initiative. “What happens then, Richard, is you’ve got real unrest. This challenges the political system and it’s all utterly unnecessary.”

Sadly, he is right that this global energy crisis did not have to happen.

If the global elite had continued to fund traditional energy projects at the pace that was needed, we could have avoided this nightmare to a very large degree.

But traditional forms of energy are now being shunned, and billions of people will suffer as a result.

Meanwhile, prices throughout our economic system continue to rise at a very alarming pace.  Just check out what has been happening to the price of turkey…

Overall, we are being told that this upcoming Thanksgiving will be the most expensive Thanksgiving that any of us have ever experienced…

Matthew McClure paid 20% more this month than he did last year for the 25 pasture-raised turkeys he plans to roast at the Hive, the Bentonville, Arkansas, restaurant where he is the executive chef. And Norman Brown, director of sweet-potato sales for Wada Farms in Raleigh, North Carolina, is paying truckers nearly twice as much as usual to haul the crop to other parts of the country.

“I never seen anything like it, and I’ve been running sweet potatoes for 38 or 39 years,” Brown said. “I don’t know what the answer is, but in the end it’s all going to get passed on to the consumer.”

Unfortunately, more price hikes are on the horizon.

In fact, Kimberly-Clark is opening warning that they are going to be boosting prices even higher…

So I would stock up on paper products while you still can.

In case you haven’t figured it out yet, inflation is eventually going to get far worse than what we witnessed during the 1970s.

At this point, even many top Democrats are warning that high inflation is with us to stay.  Here is one recent example…

Former President Barack Obama’s chief of global development on Tuesday predicted inflation was here to stay, despite the Biden administration’s protestations to the contrary.

Prices “will go higher, and the Fed has misread the inflation dynamics in a big way,” former Global Development Council Chairman Mohamed El Erian said in an afternoon interview with Fox News’ Sandra Smith, adding that the Federal Reserve was “still hostage to this notion that it’s transitory.”

And the shortages that we are currently experiencing are ultimately going to get worse too.

Right now, we are already facing the worst shortage of alcoholic beverages since the 1930s.  When asked about his empty shelves by a reporter, one gas station owner said that he has “never seen anything like this”…

Supply chain issues are impacting the alcohol supply in the U.S., and it’s making alcohol more expensive and difficult for bars and liquor stores to get.

“I have so many empty shelves. In the two years of doing this, I’ve never seen anything like this,” gas station chain owner Ali Ali said.

As I discussed yesterday, now Biden wants to take countless more truck drivers off the road, and that will make our supply chain headaches a whole lot worse.

Yes, all of this is really happening.

This is not a drill.

We are in the early chapters of a full-blown economic meltdown of epic proportions, and nothing will ever be the same after this.

If you want to keep waiting for conditions to “return to normal”, you are going to be waiting for a really, really long time.

We have entered a truly horrible nightmare, and there will be no waking up from this. 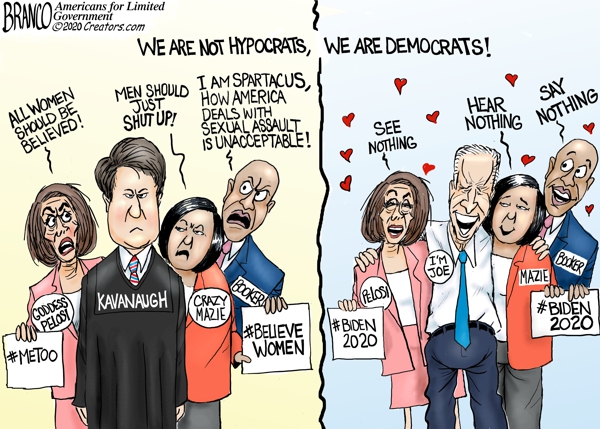 Cartoon of the Day: Hypocrats 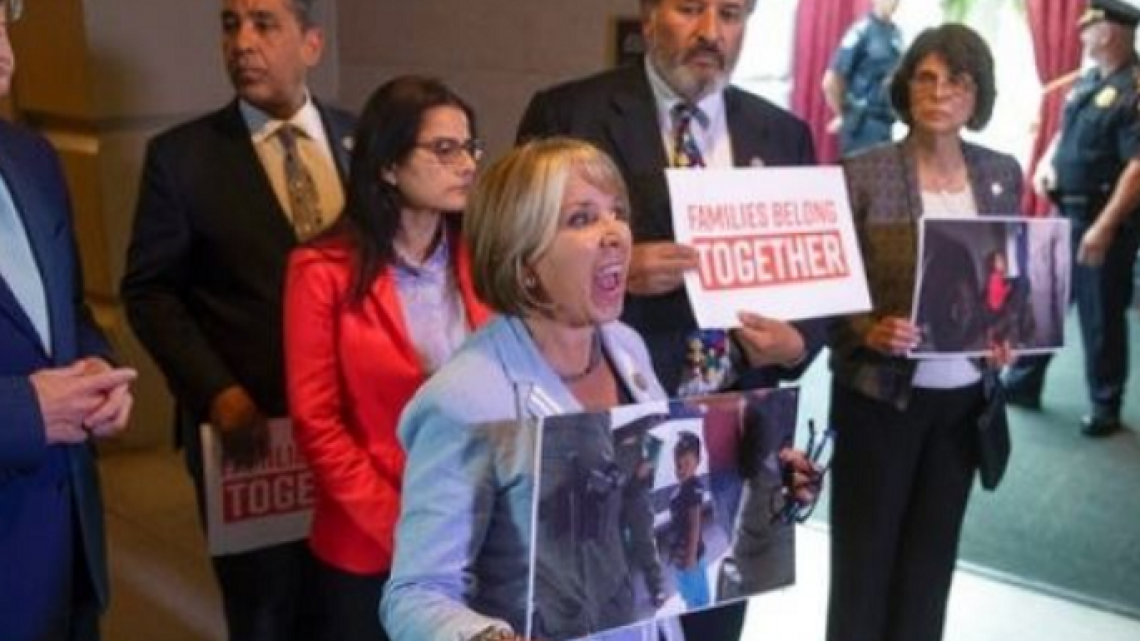 House Democrats allegedly ‘fighting for the people,’ but apparently need to be told WHO the ‘people’ are