Joe Biden appears in a new video that appears to confirm his plan all along was to make gasoline prices surge so high that they would force Americans to hunt for alternative energy sources.

Fuel prices were in the range of about $2 a gallon when Biden took office, following President Trump’s term in which America actually reached energy independence.

Now they’re in the $5 a gallon range for many Americans, higher for some. And new reports suggested that some retailers now are changing over their advertising mechanisms so that they accommodate prices that are $10 a gallon or higher.

According to Red Voice Media, Biden stated, “When it comes to the gas prices, we’re going through an incredible transition that is taking place that God willing, when it’s over we’ll be stronger, and the world will be stronger and less reliant on fossil fuels.”

Democrats repeatedly have claimed that the price surge is because of Russia’s war against and invasion of Ukraine, which roiled the international oil markets.

But the evidence shows that much of the price explosion happened before that invasion, making it more or less irrelevant to the originally campaign to surge fuel prices for Americans.

The report said, “It isn’t breaking news that Americans are struggling to make ends meet thanks to the COVID-19 pandemic, inflation, and the most recent – soaring gas prices. For the 12th day straight, Americans have woken up to find a new record being set as the price of gas continues to climb. For the last few months, the Biden administration has been working around the clock not to fix the issue but to figure out who is to blame.”

It continued, “There was the time President Biden suggested former President Donald Trump was to blame. Then when Russia invaded Ukraine, the price rocketed, leading to President Vladimir Putin being blamed. And who could forget when the president tried to place it all on greedy corporations. While speaking in Japan on Monday, President Biden surprisingly didn’t play the blame game but is now suggesting it was all on purpose.”

That admission of strategy had been predicted by Sen. Ted Cruz, R-Texas.

Months ago, he said, “Well, I’ll tell you what, the little stickers on gas pumps all across the country illustrate that the American people know exactly whose fault this is. This was deliberate. This isn’t an accident. This isn’t an unintended side effect. This is exactly what Joe Biden promised he would do. And it’s what he’s done. If you look at when Biden was sworn in, gas nationally was $2.09 a gallon. On that first day. What does Biden do? He cancels the Keystone Pipeline. Boom, day one. What does he do after that, January 27, a week later, he halts all new oil and gas leases on federal land, both onshore and offshore. Federal land onshore and offshore comprises roughly 25% of US oil and gas production.” 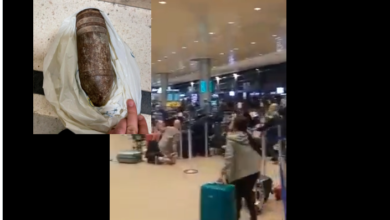 Is marriage making a comeback?