Right out of the gate, with less than a week on the job, Joe Biden is steering the proverbial “ship of state” toward the rocks with decisions sure to bring higher unemployment and steeper gasoline prices, according to two recent Rasmussen Reports surveys.

One recent poll done by Rasmussen shows only 36 percent support for a Biden decision to cancel the Keystone XL Pipeline project that would have brought Canadian oil to the United States. However, 51 percent of likely voters say “canceling the pipeline is a bad idea, and 13% are not sure,” and only 8 percent think Biden’s energy policies will lead to lower gas prices.”

Breaking things down along party lines, Republican voters oppose Biden’s decision by a margin of 3-to-1, along with 58 percent of Independents and even 20 percent of Democrats. Sixty percent of voters expect gas prices to climb because of Biden’s policies, which seem to be guided by the far left.

Naturally, this breaks down along party lines, with 67 percent of identified Democrats saying “climate change is a crisis requiring drastic government action.” On the other hand, only 24 percent of Republicans and 36 percent of Independents think climate change require such action.

Underscoring these polls, Fox News interviewed a welding foreman who was among the first people to lose their jobs working on the Keystone project in Nebraska. According to the story, Biden’s action “swiftly eliminated the estimated 11,000 U.S. jobs – including 8,000 union jobs,” which amounts to a slap in the face for the unions that supported the Democrat on Nov. 3.

Welding foreman Neal Crabtree, a member of Pipeliner’s Local Union 798, told Fox News, “This is not a time to be making political statements. We need to be finding ways to put more Americans back to work, not the other way around.”

The story revealed how Crabtree had “a sick feeling in my stomach and an aching in my heart” after having to lay off his team.”

Union members who supported Democrat Biden last fall may be feeling a strong sense of “buyer’s remorse” and if the Rasmussen surveys are any indicator, their tears of sorrow are just beginning to flow. 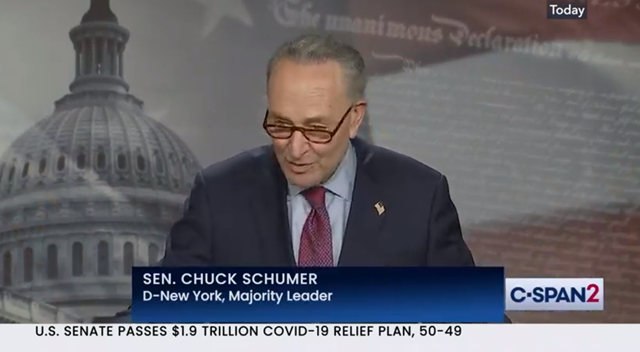