Bristol, Bucks County, Pennsylvania — In 2016, we were called “deplorables” and it became a rallying cry that still lingers today. Now we have a new one, thanks to a coughing-incorrectly Joe Biden: now we’re “chumps.”  Did you know that the word chumps was often used by the Mafia? Just sayin’. That’s ok, we’ll co-opt it now.

Biden was in Bristol, Pennsylvania for a rally on Saturday, when more Trump supporters showed up than Biden supporters. Some called it a Biden event “lite.” But he complained twice during his speech that he could hear the Trump supporters, who were driving by and honking, using a megaphone, and chanting “4 more years.” So he lost it and called them “chumps.” Very quickly,  the #ChumpsForTrump hashtag appeared on Twitter.

And please note in the video of his remarks that he coughed into his hand…a big no no during the COVID pandemic. We thought he was “following the science.” Maybe not. And where was his mask? We heard him say he’d make masks a mandate. “All for thee and not for me,” apparently.

This is why Biden lost it at his mini-event today, and referred to those "Chumps" in the parking lot. There was a Trump Road Rally in the parking lot of his event that FAR exceeded the size of his actual attendees. #ChumpsForTrump works for me! 🤣 https://t.co/7tdXrWiINX

Joe Biden insults Pennsylvanians who don't support him, calls them "chumps.” He has the same disdain for hard working Americans as Hillary had with her deplorables comment. pic.twitter.com/J0u36tR4a2

“Let’s celebrate Joe Biden’s pathetic “Basket of Deplorables” moment and embrace being #ChumpsForTrump, which is what he calls the 100,000,000 Americans who will be sending his bony old ass #BackToTheBasement.” @RealJamesWoods

So much for trying to insult Trump supporters. It never worked for Hillary with her “basket of deplorables,” and it won’t work now. Biden has already been the cause of the hashtag #YouAintBlack. But at least we know why they kept him in his basement for so long. When he opens his mouth stupid comes out. He claimed to be uniter, and to work for all Americans. Except in the past, he’s said the opposite.

Pennsylvania is filled with Blue Collar workers….whom he has been insulting now for months.  Biden has stated he will ban fracking, and transition away from fossil fuels like coal, oil and gas. Blue Collar workers from oil to steel in many midwestern states are not happy about Biden’s plans. Joe smacked them hard with an insult just to seal the deal.

“I’m one of those PA chumps, Joe. A #natgas employee to boot. My wife & daughter are also chumps. We’re voting for @realDonaldTrump and locally in #PA17 for @SeanParnellUSA. We know where the candidates truly stand on energy jobs and issues.“

Joe Biden and Kamala Harris do not stand for hardworking Americans, no matter how many media outlets tell you different.

“In addition to Biden’s now irrefutable corruption, President Trump was able to remind voters that Joe Biden and Kamala Harris are running on the most extreme agenda in American history; an agenda that would implement the largest tax increase ever, end U.S. energy independence and pave the way for socialized medicine.” RNC statement

Remember, America. If you vote Trump out of office, every tax cut, every regulation change, every peace deal in the Middle East, every single thing he’s accomplished for YOU will be lost. Keep that in mind and #VoteRed. 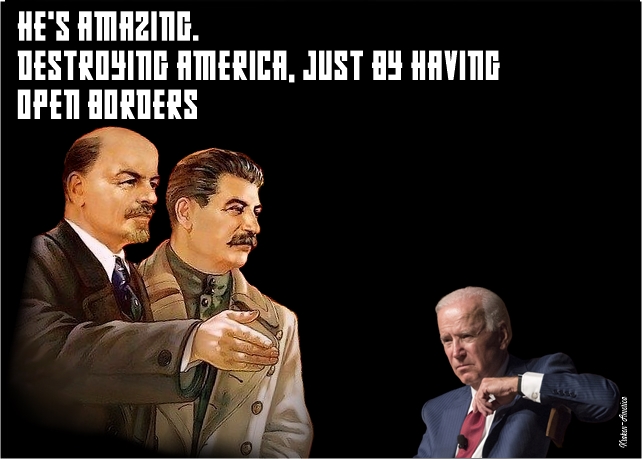 Meme of the Day: The Amazing Biden 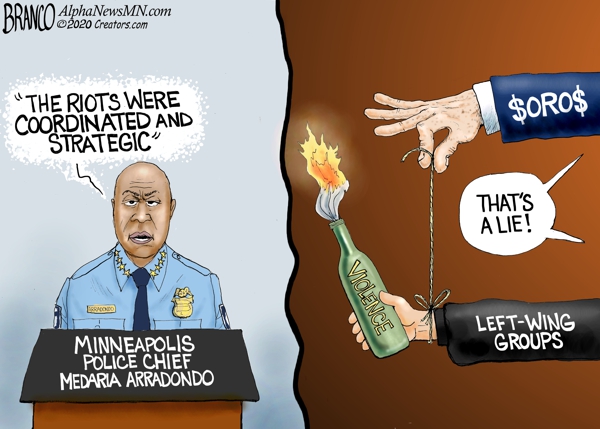 Cartoon of the Day: Pulling the Strings