Just when you thought ISIS couldn’t sink any deeper into their depravity, they just did. This time it involves the Belgian nation, Christians, shopping centers, and chainsaws.

As reported by Great Britain’s the Daily Mail and also The Mirror, a teen-aged boy was arrested by Belgian police in the eastern city of Verviers after being seen in an online video threatening the lives of Christians.

But during the course of the police interrogation, the teen, whose name cannot be revealed due to him being underage, told the Verviers cops that ISIS is actively recruiting lone wolves in the area to carry out terror attacks.

Not exactly much of a surprise, the city of Verviers has been described by the Belgian media as “one of the most important breeding grounds for Islamists in Belgium.”

But the standard attack with AK-47s, pistols, and knives just aren’t shocking enough for ISIS this go ’round. The Islamic jihadists were planning to attack a local shopping center armed with chainsaws.

As the Daily Mail noted;

Belgian newspaper ‘La Derniere Heure‘ reported that over the summer the young man, the son of radical imam Shayh Alami, confessed to investigators that ISIS are recruiting lone wolves in Belgium.

He allegedly said that jihadists who went to Syria were trying to convince those who stayed at home to perpetrate terror attacks.

The Imam’s son said that two of those planned attacks involved a chainsaw massacre at a shopping centre, while in another terror plot an Imam was targeted because he was ‘not radical enough’.

According to local media, investigators searching the house of the boy who filmed him found a video message by one of IS’ leaders. In the video, the IS bigwig was calling for would-be terrorists to perpetrate attacks and to send him video messages.

The once well-off industrial city of Verviers in the Walloon region of Belgium has been in sharp decline over the last few decades and is currently one of the poorest cities in the country.

A number of anti-terror operations have recently taken place there.

The Gatestone Institute published earlier this year that the Muslim population of Belgium is expected to reach 700,000 before the end of 2016. Also cited;

In metropolitan Brussels — where roughly half of Belgium’s Muslims currently live — the Muslim population has reached 300,000, or roughly 25%. This makes Brussels one of the most Islamic cities in Europe.

The BBC also reported last May that as far as Belgium’s prison population is concerned, “Thirty-five percent of prisoners are Muslim, compared with 6% of the general population.”

Trending: Watch AOC Mask Up For Photo Op, Then Take It Off To Mingle

Perhaps best illustrating how truly gutless the Belgian politicians are when it comes to solving the national problem is violent radical Islam, both The Mirror and the Daily Mail have reported the imam father of the arrested teen, Shayh Alami “has been a thorn in the side of Belgian authorities for years, who have so far unsuccessfully tried to deport him.”

Further showing the slow suicide of a once great nation, “Theo Francken, the Belgian Secretary of State for Asylum and Migration, is trying to deport the imam and has started to look at possibilities to deport his son as well.” 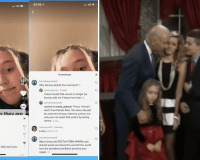