And so it is beginning again as some in the EU…the very same nations that looked away and condoned the murder of six million Jews…is siding with the enemy…this time that enemy being the Palestinians who are calling for an economic boycott of Israel and Israel alone.

Practicing “anti-Semitism in a new garb” says Israeli Prime Minister Benjamin Netanyahu and how right he is except for one small but important detail…anti-Semitism has NEVER gone away as eight EU member nations…Belgium, France, Germany, Hungary, Italy, Latvia, Sweden and the UK…home to 90% of the EU’s Jewish population….all have reported a rise into anti-Semitic actions against their Jewish population…especially as the muslim population in those countries continues to increase due to their now regretted lax immigration policies. 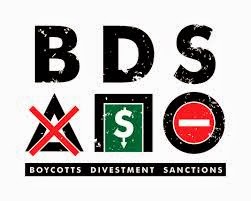 So when Netanyahu recently addressed a conference of U.S. Jewish organizations in Jerusalem concerning the actions of the international ‘Boycott, Divestment and Sanctions’ movement (BDS)…formed in 2005 by Palestinian civil society in response to ‘supposed’ (but non-existent) Israeli violations of Palestinian human rights…his words about the BDS’s goal of bringing about “the end of the Jewish state” are NOT mere words of fear but are words of a possible reality.

“Some supporters of the movement see it as a way to put pressure on Israel to end illegal settlements in the territories occupied in the 1967 war; others favor the creation of a single state that would dismantle Israel.” And how right Netanyahu is as the BDS movement makes their goals perfectly clear…they want to see the end of the Jewish state by any means possible.

Claiming the movement was founded to counter both the Israeli occupation of what they consider ‘Palestinian lands’ and the subjugation of the supposed ‘Palestinian people’ over the years, what this group overlooks is the simple fact that there are and NEVER were any ‘Palestinian lands’ because there are and NEVER were any ‘Palestinian people’…period. The supposed Palestinians are just everyday garden variety, run of the mill Arabs that their own brethren didn’t want who were grouped together into a made-up people by Yassir Arafat in the late 1960’s to push forward the agenda of the PLO and for NO other reason. 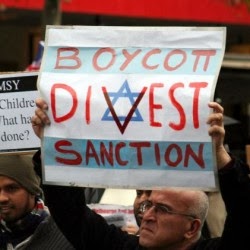 And now thanks to Obama’s stabbing Israel in the back every chance he gets, pressure is coming from Europe, where NGOs (non-profit, voluntary citizens’ groups that organize on local, national or international levels), trade unions, churches, and others are forcing their governments to take action against Israel in defense of the non-existent Palestinians. In fact, last year the EU blocked grants and funding for any Israeli company operating beyond the pre-1967 borders, in addition to requiring labeling of goods produced in the settlements. And two weeks ago our very own personal traitor John ‘Swiftboat’ Kerry, had the unmitigated gall to threaten Israel that they would face even more calls for boycotts if the current peace talks with the Palestinians collapsed…and he was surely speaking on behalf of Barack HUSSEIN Obama.

“More international corporations are ending their business and shying away from bids in Israel,” said Rafeef Ziadah, speaking on behalf of the BDS national committee. Claiming Israel exists solely through colonialism, apartheid, and occupation, the BDS movement is trying to make ‘Made in Israel’ poison to the touch. And last Tuesday, the BDS announced with much fanfare that Germany’s largest bank, Deutsche Bank, had listed Israel’s Bank Hapoalim as an ‘unethical investment.’

However, yesterday Deutsche Bank said that it is NOT boycotting Bank Hapoalim or any other Israeli company contrary to what the BDS says, saying that the BDF was referring to a single client of the bank,…a fund named Ethical MSCI World Index UCITS ETF. However, now there are musings that Deutsche Bank has decided that they will evaluate said boycott on a case by case basis…but being this is Germany with its always shadowy past, this does NOT bode well as too many ghosts occupy Germany’s very soul and now they are starting to haunt Germany’s present on a ‘case by case’ basis.

Also, the BDS claimed that two European port operators had dropped plans to build new ports in Israel over fears about the boycott, and that seems to be fact as Royal Boskalis Westminster, a Dutch operator of ports that had submitted a proposal under the name Holland Terminal in the pre-qualification stage last December, has now dropped out of the bidding process. And just recently, Italy’s Condote de Agua withdrew their proposal even after passing the pre-qualification process as international boycott pressure on the Jewish State of Israel continues to grow. And sadly, with NO counter measures initiated by Barack HUSSEIN Obama in support of our ally Israel why should they NOT go along.

And so as boycott and divestment initiatives are spreading like a cancer throughout European capitals, Netanyahu is discussing ways to counter these BDS moves through lawsuits, legal actions against financial institutions that boycott settlements and Israeli companies, and by possibility asking Israel-friendly countries to initiate anti-boycott legislation and activating the powerful pro-Israel lobby in the U.S. But as Obama has outwardly sided with the Palestinians, and as Kerry continues to spew Obama’s threats against them, Israel remains adrift in a sea of anti-Semitism and anti-Zionist rhetoric reborn that even our pro-Israel lobby might NOT be able to override.

Israel…2-1/2 times the size of Rhode Island, is surrounded by 22 hostile Arab countries 640 times her size with 60 times her population. Israel…260 miles at its longest, 60 miles at its widest with between 3 and 9 miles at its narrowest. And yet these Arab/muslim/Palestinian basta*rds claim that the 13 million Jews worldwide are the cause of all the problems confronting the 250 million Middle-East Arabs and the world’s 1.4 billion muslims. Makes as much sense as Obama’s claim that muslims contributed to the founding of America.

So as hatred of Israel continues to grow and as anti-Semitism spreads once again, the time draws near for Israel to end this nonsense once and for all. And I for one pledge to stand with Israel NO matter what our miserable excuse of a President and our equally miserable excuse of a Secretary of State have to say…period. 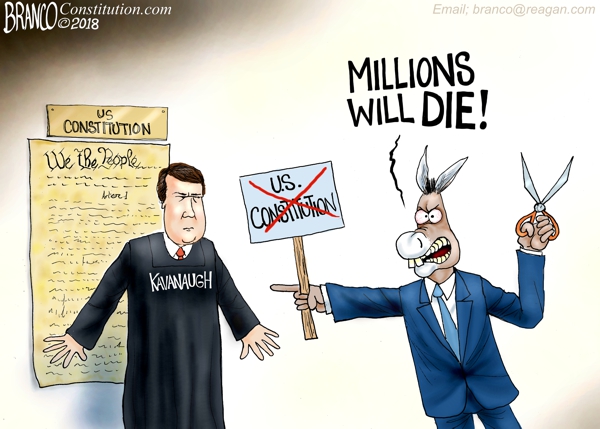