West Virginia Senator Joe Manchin recently claimed the 15 percent corporate minimum tax contained in the Inflation Reduction Act, which should be called the Inflation Creation Act, is not a tax increase. Instead, he claimed, the bill simply closes a loophole that allows corporations to avoid paying all the taxes they owe. Despite what Senator Manchin says, the fact is the new minimum tax increases the amount of money some corporations must hand over to the government; in other words, it increases their taxes.

It is common for politicians, policy wonks, and even some libertarians to demonize loopholes for making the tax system too complex, but loopholes are simply ways that individuals can keep more of their money. Loopholes are thus pro-liberty and pro-sound economics.

In addition to raising taxes, the Inflation Reduction Act provides 80 billion dollars to the Internal Revenue Service (IRS). Some of the money will go to improving taxpayer services so, for example, taxpayers may actually talk to a real person who can provide information about the tax law when they call the agency. But, over 50 percent will be spent on enforcement.

The IRS is expected to hire approximately 87,000 new agents. Supporters of the expansion say the IRS will use the enhanced enforcement capacity to target only “the rich.” However, it is not necessary to massively increase the IRS’s enforcement capacity just to go after “rich tax cheats.”

Furthermore, rich people and big corporations can hire attorneys and accountants to make sure they limit their tax liability while staying within the legal limits. They can also fight any attempt by the IRS to make them pay more. Middle- and working-class Americans are unable to afford legions of attorneys and accountants to limit their tax liability or fight the IRS, so they are more likely to pay whatever the IRS demands.

The IRS has a history of disrespecting due process rights of Americans, so creating a new army of IRS agents with a mission to extract more money will lead to massive liberties violations. Given the IRS’s shameful history of harassing the political enemies of whoever holds power at the moment, we should expect the new agents to target opponents of US foreign policy, gun control, government promotion of green energy, and other policies of the current administration.

The IRS recently ran an ad seeking agents who are willing to carry a firearm and use deadly force. This comes after the tax agency’s purchase this year of 700,000 dollars worth of ammunition. Perhaps the agency is worried that the latest attempt to get more taxes from Americans already suffering from the inflation tax will lead to violence, or perhaps the IRS wants its agents to carry firearms to remind taxpayers that the tax laws are backed by the threat of government violence.

The premise behind the income tax is that the government is the true owner of all property and thus has the right to take as much from the people as it desires. Therefore, the income tax, like the other monstrosity created in 1913 — the Federal Reserve, is incompatible with a free society but necessary for an authoritarian welfare-warfare state. To avoid 1984, repeal 1913. 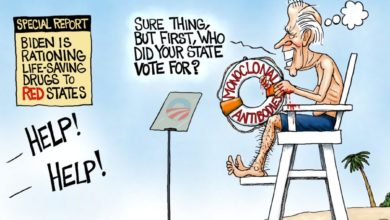 Cartoon of the Day: Life’s a Beach 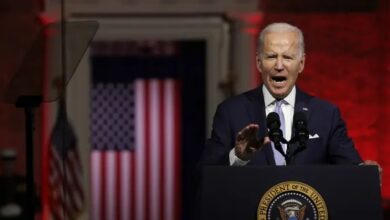