The White House repeated the claim of Democrats that parents and the Republican leaders who support them are lying about the implementation of Critical Race Theory in K-12 public education.

But an administrator for Indianapolis Public Schools, Tony Kinnett, has produced a viral video validating the concerns of the parents whose activism on behalf of their public-school children helped propel Republican Glenn Youngkin to an upset victory over Terry McAuliffe in Virginia.

Kinnett, describing himself as “the science coach and admin in the largest public school district in Indiana,” pointed out he visits “dozens of classrooms a week.”

“So I see exactly what we are teaching our students,” he said.

While CRT may not be explicitly stated in Indiana’s standards, he said, “We do have Critical Race Theory in how we teach.”

“We tell our teachers to treat students differently based on color. We tell our students that every problem is a result of ‘white men’ and that everything Western Civilization built is racist (and) capitalism is a tool of white supremacy.”

He pointed out that those ideas are the main points in Kimberley Crenshaw’s book “Critical Race Theory: The Writings that Formed the Movement.”

“This is in math, history, science, English, that arts, and it’s not slowing down,” he said of CRT.

Another concept being taught in Indianapolis schools comes from Richard Delgado’s “Critical Race Theory: An Introduction,” he said: “If students of color have low reading scores, it’s because of inequity, and therefore we take from the white students and give to the ‘colored’ students.”

Gloria-Ladson Billings, Kinnett said, wrote in 1995 in a piece called “Just What is Critical Race Theory and What’s it Doing in a Nice Field Like Education” that “all teaching is political, with reality and facts taking the back seat.”

“When schools tell you we aren’t teaching Critical Race Theory, it means one thing: Go away and look into our affairs to further,” he said.

They are implementing “race essentialism,” he said, “painted to look like the district cares about students of color.”

“We call it antiracism, so you feel bad if you disagree with our segregationist pedagogy,” Kinnett continued. “It’s taking advantage of kids’ vulnerability and parents’ inactivity to preen over social snakeoil schemes designed to create division.”

As an admin for the largest school district in Indiana, here's what we mean when we tell you that we aren't "teaching" Critical Race Theory: pic.twitter.com/f6RLghcw2R

Kinnett said the district’s definition of “antiracism” came from its resolution in the wake of the death of George Floyd on Black Lives Matters and the controversial New York Times “1619 Project,” which has been debunked by historians.

(Yes it's true that @nhannahjones admitted she made up parts of 1619 project, but that's just icing on the cake):
https://t.co/wVg2CmBnsB

He posted a screenshot of a memo to principals at the beginning of the school year from Nathalie Henderson, chief schools officer at Indianapolis Public Schools. Henderson instructs the principals to tell parents CRT is not being taught in schools.

But Kinnett posted district materials, including instructional slides on Critical Race Theory and recommendation of books by “antiracist” radicals such as Ibram X. Kendi and Tiffany Jewell.

In April, the U.S. Department of Education proposed a new regulation under American History and Civics Education programs that would give preference to grant applications for curricula that incorporate the 1619 Project and the ideas of Kendi and others.

Last weekend, Kendi unintentionally undermined his “white privilege” worldview, retweeting a report on a survey that found one-third of white people falsely claimed on college admissions applications to be a minority.

Yes, we told principals at the beginning of the year to lie to parents and tell them we weren't using CRT in schools. Yes, we continue to lie. pic.twitter.com/A9Qo5D77Pp

Owens is the ranking member of the Subcommittee on Early Childhood, Elementary, and Secondary Education.

“This whole thing with equity. I want you guys to just keep in mind, it’s always lower expectation for black people. It’s as racist as you can get. It’s what I grew up in when I was in the ’60s,” said Owens.

He attended school in Florida during the civil rights era before a star football player, first for the University of Miami and then in the NFL, where he won a Super Bowl with the Oakland Raiders.

Since retiring from football, Owens has been a successful entrepreneur and currently is the CEO of a nonprofit that helps troubled and incarcerated youth.

Owens said “equity” in the classroom is “insidious,” because it ultimately lowers academic standards on the basis of race. 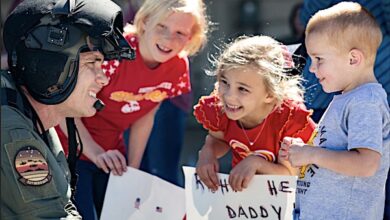