(Natural News) While readers are well aware of what a corrupt, politicized federal ‘law enforcement’ agency the FBI has become, a new report published this week reminds us that the bureau has a history of such behavior.

Writing for LifeSite News, Robert L. Kinney III notes that the “agency previously engaged in ‘covert efforts to influence social policy and political action’ and at times used methods ‘reminiscent of the tactics of totalitarian regimes,’” as noted in an April 1976  Senate report called “Intelligence Activities and the Rights of Americans.”

The report is the work of the so-called “Church Committee,” which was chaired by Sen. Frank Church (D-Idaho). The report details corruption and covert operations including the use of propaganda by the FBI and the broader U.S. intelligence community in order to effect certain political outcomes (sound familiar?).

“The Committee’s findings and conclusions concerning abuses in intelligence activity and weaknesses in the system of accountability and control are amply documented. I believe they make a compelling case for substantial reform,” Church wrote in a report summary. “The recommendations section of this volume sets forth in detail the Committee’s proposals for reforms necessary to protect the right of Americans. The facts revealed by the Committee’s inquiry into the development of domestic intelligence activity are outlined in the balance of the volume.”

In other language that is completely foreign to the Democratic Party today as well as far too many Republicans, Church continued:

I would add one principal comment on the results of the Committee’s inquiry: The root cause of the excesses which our record amply demonstrates has been failure to apply the wisdom of the constitutional system of checks and balances to intelligence activities. Our experience as a nation has taught us that we must place our trust in laws, and not solely in men. The founding fathers foresaw excess as the inevitable consequence of granting any part of government unchecked power. This has been demonstrated in the intelligence field where, too often, constitutional principles were subordinated to a pragmatic course of permitting desired ends to dictate and justify improper means.

In short, Church and his committee, then, uncovered the same kind of FBI and intelligence community abuses that are still so prevalent today, despite the fact that the Church Committee’s report formed the base of a major intelligence community reform bill still present (but little used) today known as the Foreign Intelligence Surveillance Act, or FISA — a law that also established a secretive FISA court to hear classified evidence from intelligence agencies seeking electronic and other types of surveillance warrants on foreign entities.

As we learned through revelations from former NSA contractor Edward Snowden in 2013 and again when Donald Trump revealed the Obama sycophants had “wiretapped” his New York Trump Tower offices, the law doesn’t work when it is ignored or goes unenforced by men and women who could not care less about trusting in the law.

Worse, we have come to realize this as well: Today’s intelligence community has grown so powerful and has so much ‘dirt’ on so many lawmakers, oversight efforts like that of the Church Committee are impossible today. Far too few members of Congress appear to be ‘clean’ enough to hold the intelligence community (which has failed the country so miserably and so often, as the 9/11 attacks proved) accountable for anything, much less cut its funding.

“The U.S. Senate report is from 1976; however, while it cannot be completely detailed in this article, there is actually reason to believe that the corruption has increased rather than decreased since 1976. Thus, the examples provided in the report may not be the worst of the worst,” Kinny writes.

He is correct, of course: Including the spread of propaganda through friendly media outlets, which is what the IC did to Trump for four years, the FBI has become an entrapment agency while also fomenting false flags like the U.S. Capitol Building ‘riot’ to take down political enemies. 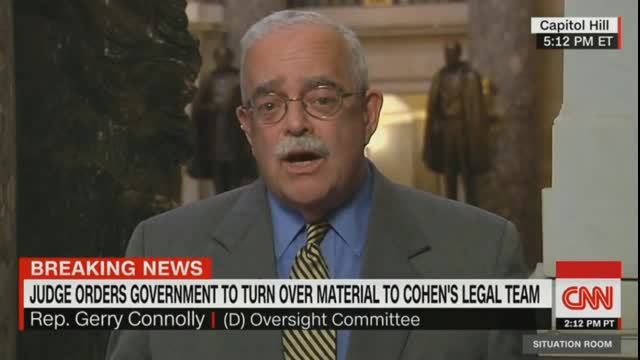 Dem Rep. Connolly demands Fox fire Hannity over Cohen association: ‘He is so into this like a pig in the mud’