Ukrainian President Volodymyr Zelenskyy told South Korean lawmakers the southern port city has been turned into ashes by Russians, as the country braces for onslaught in the east.

But the Puppet American President, his regime, and the leftist billionaire puppet masters who are the actual power… refuses to provide Ukraine with the heavy weapons and aircraft it needs to defend its people against Russian slaughter.

Would experts consider Biden and his puppet masters complicit in the genocide in Ukraine?

Well, it appears that way. Because the puppet president and his puppet masters will not take the steps necessary to stop the war: removing the blocks and sanctions against the American oil industry.

Then the war and genocide against the Ukrainian people would be over. The alternative to ending the war would be bankruptcy of not only the Russian economy, but of its military

But the objective of the Biden regime and its puppet masters, is to destroy the American economy. And to achieve their goal, the energy industry of the United States must be destroyed. It can not be allowed to start producing what it was on the day the puppet assumed power as president.

The Biden regime and its puppet masters would rather be complicit in genocide than to call a halt to their plan to destroy the American energy industry, the American Dollar and the American economy.

Who the puppet masters of the puppet president are, is unknown. But it’s possible to report on the speculations and estimations of experts.

George Soros, would benefit from collapse of the dollar. It would make him the wealthiest man on earth. With assets of trillions of dollars, not billions. And that means he would become one of the most powerful men on earth.

How would this happen? It’s not a guess, because Soros has done this before. He speculates on the currency market and bets against a particular currency. September 16, 1992 he did this against the British Pound Sterling and caused a collapse of the Bank of England, and an economic recession in the UK which cost millions of people their jobs and livelihoods. It’s public knowledge that Soros is currently purchasing currency speculative positions against the US dollar. The lower in value the dollar becomes, the wealthier Soros becomes.

Soros has done the same thing to Thailand, and broke the currency and Bank of Thailand in 1997.

Also against the Malaysian currency and economy. He caused an economic collapse in Malaysia, resulting in millions losing their jobs, many commercial bankruptcies, and so on. Just as he did earlier in the UK.

Now, his target is bigger than ever, the US dollar and the US economy. And as a result of the policies of the Biden regime, Soros is close to hitting his target. The dollar as an international standard is collapsing. While the collapse of the US Dollar would make Soros the wealthiest man on earth, what would this means to us as Americans?

Simply that our savings and investments, and income would become valueless. We would be in a society without money (digital or printed) that has value. Which of course would lead to disruption and violence. Exactly what the Marxist progressives want. As it would allow them easily to cancel the 2022 elections, and institute martial law and a brutal dictatorship.

This analysis by many experts, are presented here, are not in any way antisemitic.

Putting it briefly, Soros began his career as a self-admitted Nazi collaborator with the Nazi occupying forces in Hungary during World War II. The targets of the collaboration were the Jewish community. Specifically assisting the occupying Nazi forces to identify and steal Jewish property. This alone disqualified Soros from being considered Jewish.

Secondly, the 10 commandments are a center of Judaism. Let Soros grade himself on this. The result would be he is not Jewish.

The key issue is that the Biden Regime, and its puppet masters are blocking the production of US oil and natural gas. Oil and natural gas which when supplied to the EU, could bring the war in Ukraine to a screeching halt, according to Putin’s own Chief Economic Advisor.

Now we come to full circle, in that the Biden Regime and its puppet masters have the blood of genocide all over them. No one in this post is being accused of a crime. In the United States all are presumed innocent until and unless found guilty in a court of law. The information provided here is a publicly available analysis by multiple experts.

The answer is to become active. Peacefully and according to the law. Fight in the courts and to have our own constitutional conservative candidates win local, state, and national elections. And very importantly, if the present regime cancels the elections, we hold them anyway. In our towns, cities and states. They can’t steal the elections if we don’t let them. Hold the elections no matter what.

Dr. Joel S Holmes is an engineer working in hydropower and in cyber security.

He has done several analyses of how policies of the Biden Regime are intended to damage the American Economy.

Among the most powerful destroyers of the US economy are the destruction of the oil and natural gas sector. And the use of the false “Climate Change” threat to cripple American business and industry and jobs.

He recommends a book on this subject, which obliterates the lies of the Climate Change fraud, and explains how the earth is entering into a mini-ice age within a few years.

The book is:  ICE AGE … 2025: HOW TO PREPARE AMERICA AND YOUR FAMILY FOR THE COMING ICE AGE

This award winning book, thrilling reading, is available on Amazon. 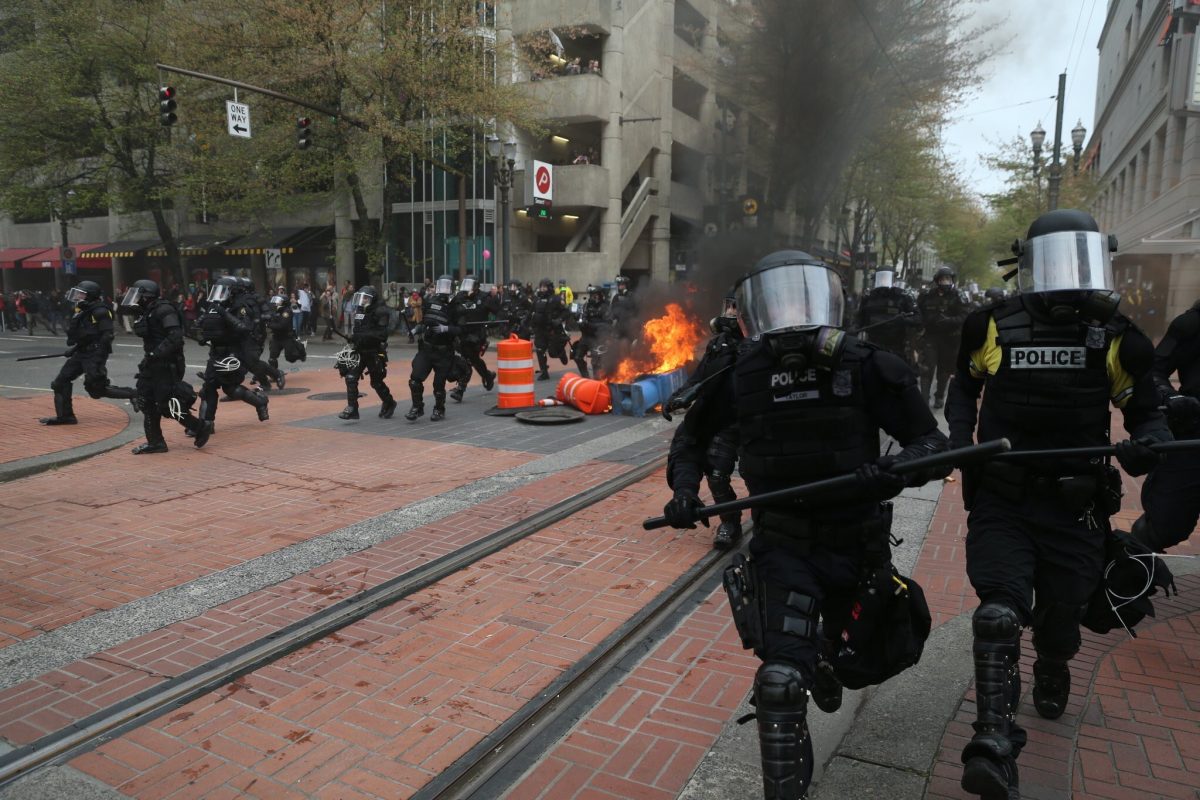 Chaos, arrests in Portland after May Day march turns into fiery riot