A 2008 email released Monday by Wikileaks reveals what many have suspected for a long time — that polls put out by the so-called “mainstream media” oversample certain demographics in order to produce the desired results.

“I also want to get your Atlas folks to recommend oversamples for our polling before we start in February. By market, regions, etc. I want to get this all compiled into one set of recommendations so we can maximize what we get out of our media polling,” the email reads.

An attachment to the email, for example, recommends oversampling Hispanics and Native Americans in Arizona to achieve the desired results: 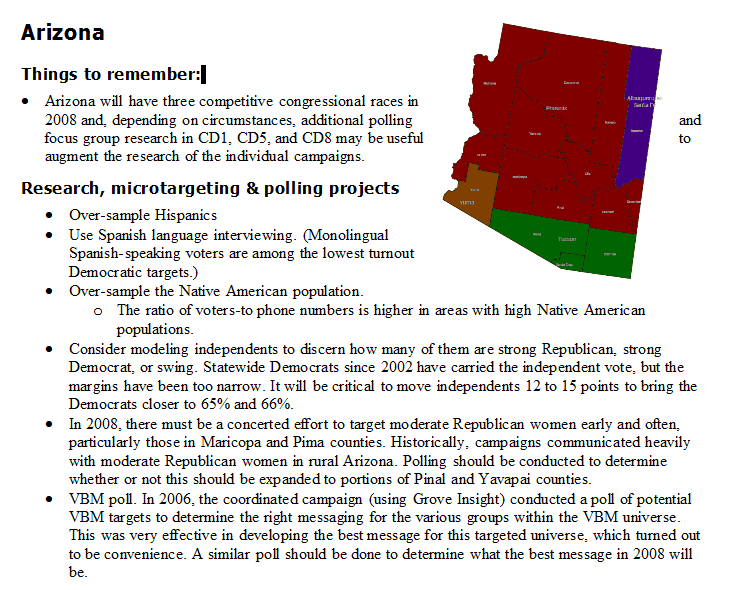 The document also recommended a “microtargeting project with oversamples in specific regions or with Independents” in Florida.

Additionally, the document suggested oversampling “No Party registrants and ‘soft’ supporters of Democratic and Republican nominees” in Iowa.

Moreover, they suggested oversampling national polls in key districts and regions and with certain ethnic groups “as needed.”

Earlier this morning we wrote about the obvious sampling bias in the latest ABC / Washington Post poll that showed a 12-point national advantage for Hillary.  Like many of the recent polls from Reuters, ABC and The Washington Post, this latest poll included a 9-point sampling bias toward registered democrats.

Of course, while democrats may enjoy a slight registration advantage of a couple of points, it is nowhere near the 9 points reflected in this latest poll.

Meanwhile, we also pointed out that with huge variances in preference across demographics one can easily “rig” a poll by over indexing to one group vs. another.  As a quick example, the ABC / WaPo poll found that Hillary enjoys a 79-point advantage over Trump with black voters.  Therefore, even a small “oversample” of black voters of 5% could swing the overall poll by 3 full points.  Moreover, the pollsters don’t provide data on the demographic mix of their polls which makes it impossible to “fact check” the bias…convenient.

“And that’s how you manufacture a 12-point lead for your chosen candidate and effectively chill the vote of your opposition,” Tyler Durden said.

No wonder no one trusts the “mainstream media,” which is now responding in a manner reminiscent of Emperor Palpatine’s Evil Empire… 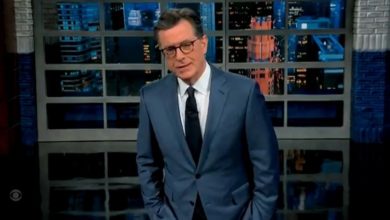