This blatant attempt to keep Biden from answering questions from the press is very, very creepy.

When President Trump was in office, the press had unprecedented access to him. He would answer questions before and after events with his helicopter in the background. They even called it “Chopper Talk.”

But this President? You’re lucky to see a handful of questions from Democrat-friendly journos.

And it’s not like there aren’t questions that the press has for Biden.

Things are falling apart on every front — from the debacle in the Afghanistan withdrawal, to the accidental droning of an aid worker, 7 children, and 2 other adults in Kabul, to the outrageous spending, not-so-temporary inflation, COVID spreading, vaccine mandates from the Feds, pissing off of our allies, the increasing tensions with China, and the new crisis of Haitians suddenly flooding the Southern border exacerbating the existing crisis at the border — it’s all going down the toilet.

The honeymoon is over.

Biden’s approval rating has dropped to 43% in a new Gallup poll and in an Iowa poll, it’s all the way down to 31%.

Even the sycophantic partisan press has come to realize that the President ought to be asked what the hell is going on.

The West Wing has other ideas — they’d just rather that Biden not answer questions… ever.

It seems the only way to get an answer out of Biden is to shout questions at him à la Jim Acosta.

Even then, you’re not likely to get a proper answer.

On Tuesday, while in New York addressing the United Nations General Assembly, a bunch of reporters shouted questions to the President as he walked by.

One reporter actually got Biden to address the crisis at the border and — even better — admit that it’s not under control.

WATCH: Joe Biden finally admits the border is not “under control” despite claiming it was in April. pic.twitter.com/xnkoX51bSM

The success didn’t last, however. Staffers herded them out when they started asking questions again…

Later on Tuesday, President Biden met with U.K. Prime Minister Boris Johnson in the Oval Office. PM Johnson took a few questions from British journalists and was in the middle of speaking when a couple of American reporters figured they could squeeze in a query or two for the POTUS.

Not if the West Wing has anything to say about it.

White House Press Secretary Jen Psaki tries to spin this, but it really fell flat. This isn’t a one-off, this is constant with this President.

Jen Psaki tries every excuse as to why Joe Biden staffers kicked out reporters from asking questions yesterday. pic.twitter.com/70A2Jk4b0e

Is she saying that foreign leaders have to announce ahead of time that they’re going to take questions from the press… during a meeting in front of the press?

This is the same person that admitted on David Axelrod’s podcast in the spring that staffers tell Biden not to answer questions all the time.

“A lot of times, we say, ‘Don’t take questions’ but he’s going to do what he wants to do because he’s the president of the United States,” said Psaki.

POLITICO reported earlier this month that White House staffers sometimes mute the video feed when the President is speaking because it increases their anxiety that he might “veer off the West Wing’s carefully orchestrated messaging.”

Their “carefully orchestrated messaging” is basically rearranging the deck chairs on the Titanic, but they don’t seem to realize that yet.

When Biden gives public remarks, some White House staffers will either mute him or turn off his remarks, according to White House officials.

It’s not that they’re indifferent to what their boss has to say. Indeed, their livelihoods are directly invested in it. Rather, they’re filled with anxiety that he’s going to take questions from the press and veer off the West Wing’s carefully orchestrated messaging.

“I know people who habitually don’t watch it live for that reason,” said one current official.

Biden’s advisers have urged him to answer fewer of the questions being shouted at him by reporters covering his events. While the president sometimes obliges and quickly leaves the podium after remarks, he has a tendency to buck those staffers trying to rein him in. “I’m not supposed to take any questions, but go ahead,” he said after addressing FEMA the other week.
Source: POLITICO

Well, West Wing staffers had better stock up on the antacids, then.

White House reporters are getting pretty damned tired of being stiff-armed by them when they’re just trying to do their job. (By the way, kudos to the press for remembering what that job is after spending the last few years as the Democrats’ Pravda.)

On Wednesday, members of the White House Press Pool filed a complaint with the administration for the lack of access to the President.

Members of the White House press pool lodged a complaint with the White House after British reporters but not American reporters were recognized for questions during President Biden’s meeting with British Prime Minister Boris Johnson on Tuesday afternoon.

White House Correspondents’ Association President Steve Portnoy, who served as the radio pooler on Tuesday, said that the editorial component of the pool went to White House press secretary Jen Psaki to lodge a formal complaint on Tuesday about the lack of questions granted to American reporters.
Source: The Hill

Joe’s puppet masters can’t hide him in the basement for the next 3 years — he’s going to have to come out and answer questions at some point.

Maybe the White House staffers were hoping that the most popular President in the history of the United States wouldn’t have to answer for any of his administration’s decisions.

Joe Biden a Shambling Husk of Mediocrity that Mr. Magooed his way into the Oval Office. If it weren’t for COVID and the partisan hacks in the press that constantly raged about the Bad Orange Man for four years, then this confused, angry man would be enjoying retirement and all the ice cream his heart desires.

So really, a lot of this is the fault of the press. They hid the Hunter Biden laptop story, pushed Russiagate, dismissed the Abraham Accords and any other accomplishment that Trump had in 4 years, and said that Biden was a return to normalcy.

How’s that workin’ out for ya, Presstitutes? Not so great?

Yeah, well. That sucks for you.

And now that the Corporate Media is pissed off at the White House, well, there’s only one thing to say about that… 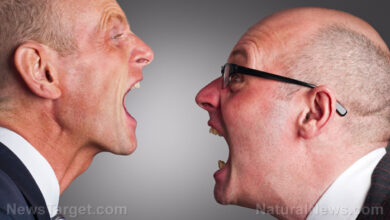 DIVIDED WE FALL: Top 6 Ways Democrats And Communist Globalists Aim To Foment HATE Between US citizens Until The Republic Is Destroyed 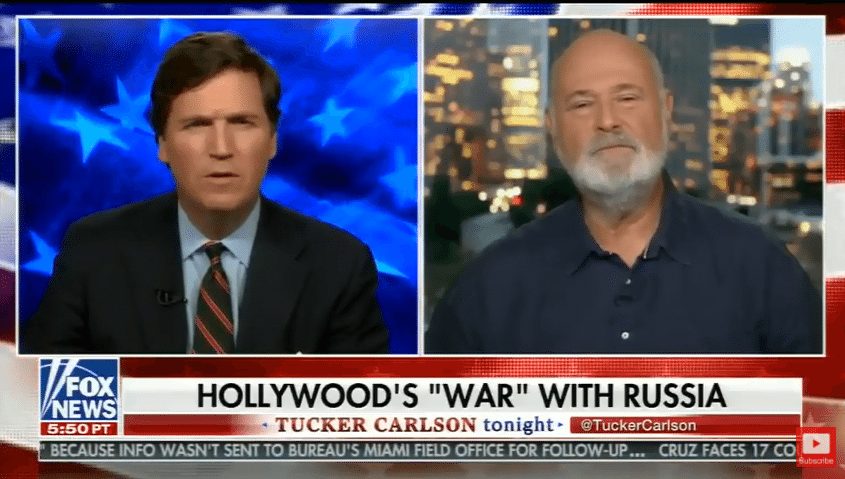