Friday, September 18 was the funeral for Kentucky State Trooper Joseph Ponder, who was shot to death during a traffic stop. As with all police officer funerals, this one was attended by officers from all over the country, even as far away as Alaska and California. But it was the action of a 5-year-old girl that made a special impression on six officers who stopped off at McDonalds after it was over.

Police funerals are long, with many speeches, plenty of pomp and circumstance, honor guards with flags, and poignant moments. They give an American flag to the family just as officers do at military funerals. The ceremony is difficult for participants as well as attendees, especially if it was someone we knew. A moment of “debrief” afterwards is usually welcome.

Six officers, one from Ohio, and 5 from Kentucky, stopped off at McDonalds for something to eat after Trooper Ponder’s ceremony.

Five year old Isabella Gregory saw the men sitting there, and decided she would like to make them feel better. She knew about the funeral. So with her own allowance money, she bought each officer a round of ice cream.

“Their friend died, and it’s not fair because he has a family too.” Isabella Gregory

The officers could not do anything but smile at the sight of a five year old girl carrying a tray full of ice cream sundaes to their table.

“We were finishing up eating and Isabella comes out of nowhere and she’s holding a tray of ice cream sundaes. She stepped right in between us all without fear and was so proud to thank us for protecting her and her family.” Officer Eric Homan

When we teach our children to hate, that’s what they do best. But when we teach them to offer kindness when others are in sorrow, there is a double reward not only for them, but for everyone around them. The Golden Rule – do to others what you want them to do to you –  is alive and well in the life of this young one.  We live at a time when there are bad officer and good ones, tension and strife and division.  She brought a smile to six men in need of one. 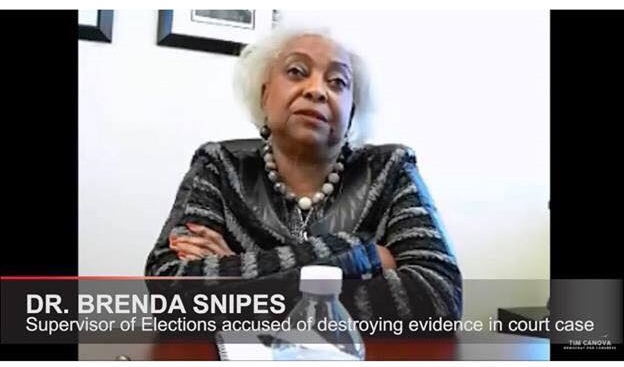 Florida Democrats Should be Investigated under RICO