Senator Warnock, before he was a Senator, was an activist pastor at a church. Tweets like this show us which of the two was more central to his identity.

We might expect some of the rabid secularists who will put on religiosity the way someone might wear a coat when the weather is right. But a guy who has ‘Reverend’ in his Twitter handle should know better.

The fact that he doesn’t says more about the current sad state of the Church than it does about this activist heretic.

Once he got called out for pushing a blatently heretical tweet on — of all days – Easter Sunday REV-er-und (as Rush might have said it) Warnock beat a hasty retreat and deleted it.

Too bad for him, it was already made permanent. 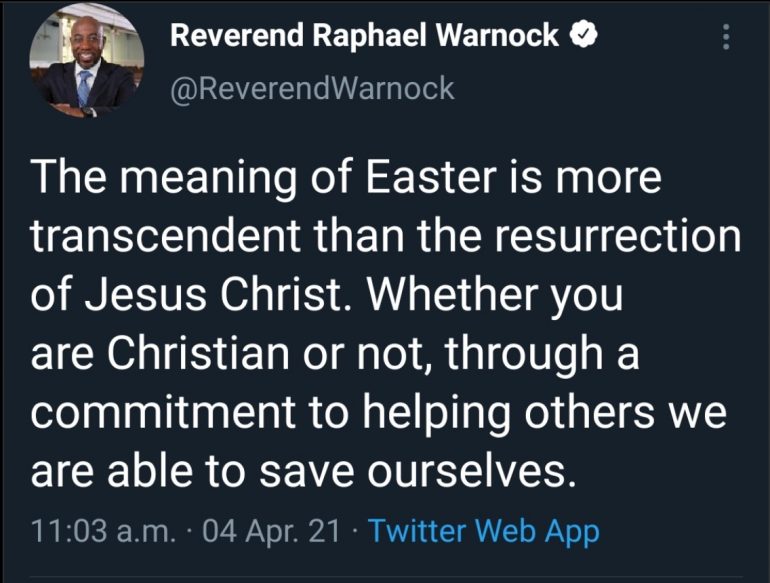 Here is the short answer, as found online: 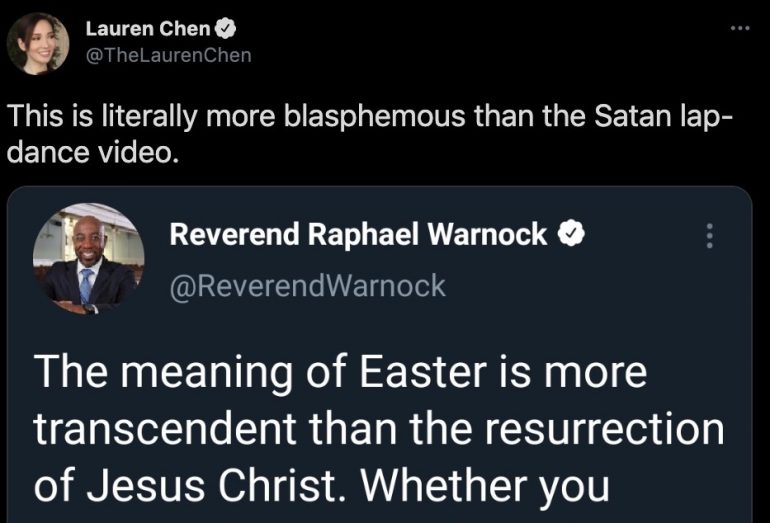 This response is literally true.

Some of you might be wondering why, since that video was pretty crass and disgusting.

Simple. It was a direct attack on the person and work of Jesus Christ — by a pastor no less — negating the one reason Jesus came as irrelevant and elevating something else in its place.

The early apostles saved some of their harshest language for false teachers, false Christs, and false gospels.

Warnock here has just checked two of those three boxes.

First, if we could ‘save ourselves’, we would never have needed the cross nor the resurrection. (More on that topic here: Why Does God Even Need The Cross To Forgive Anyone’s Sins?)

Second, the Resurrection is the entirety of the Christian life. It has no meaning, and is seen and rejected as foolishness to an outsider… and to a Christian it’s an all-or-nothing thing. In the Apostle Paul’s words…

17 And if Christ has not been raised, your faith is futile and you are still in your sins. 18 Then those also who have fallen asleep in Christ have perished. 19 If in Christ we have hope in this life only, we are of all people most to be pitied.

20 But in fact Christ has been raised from the dead, the firstfruits of those who have fallen asleep. 21 For as by a man came death, by a man has come also the resurrection of the dead. 22 For as in Adam all die, so also in Christ shall all be made alive. — I Cor 15:17-22 ESV

Then again, should we be surprised that someone so ignorant of or else hostile toward the gospel found himself elected as a Democrat? They were the party that ‘booed God’ in their convention, and have an 0-for-10 record with the Ten Commandments.

Warnock is a false teacher offering a false gospel. Instead of Christ, he has elevated a Government-as-god model, where government becomes the central nexus of both morality and authority. Spoiler alert: That model breaks badly each and every time it’s tried. 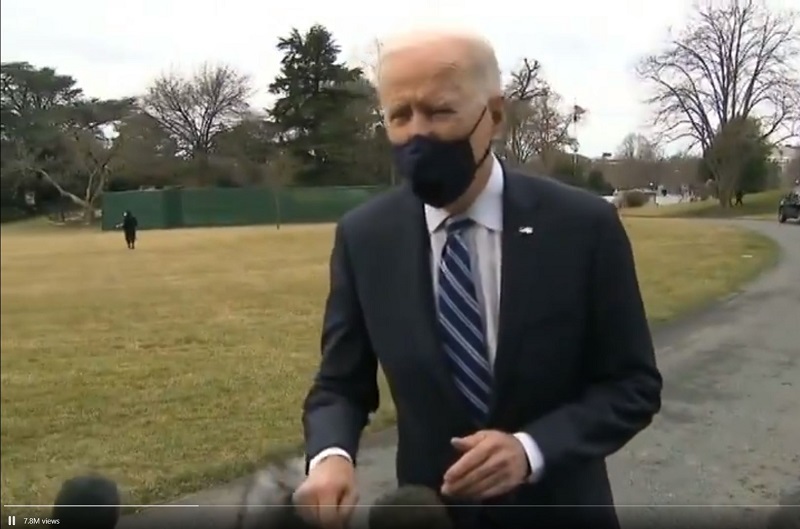