While appearing on CNN’s Situation Room, shifty Adam Schiff, D-Calif., claimed — without any evidence — that the blockbuster reports of Hunter Biden’s emails come from the Kremlin.

“We know that this whole smear on Joe Biden comes from the Kremlin, that’s been clear for well over a year now that they’ve been pushing this false narrative about this vice president and his son,” he told Wolf Blitzer.

“The idea that the president, the White House counsel and others were made aware that Giuliani was being used by Russian intelligence and using Russian intelligence, in the sense of meeting with an agent of the Kremlin and pushing out this Kremlin narrative, the idea that they were knowing and still on the floor of the Senate during the impeachment trial pushing this Kremlin narrative is pretty breathtaking. But at this point we can’t be shocked anything this administration does, no matter how craven,” he added.

But, as Twitchy notes, Byron York “seems to think the interview would have been stronger if Schiff had provided any evidence to back up his many, many claims that the ‘whole smear on Joe Biden’ comes from the Kremlin.”

Rep. Adam Schiff says he’s concerned that he hasn’t “gotten much from the intelligence community” on Russia peddling disinformation.

“At times, some of the leadership, like Director Ratcliffe, not been very forthcoming in terms of the intelligence on the Russian threat.” pic.twitter.com/JhcVYlCgcf

As you can see in the transcript York tweeted out, Blitzer called the report a “conspiracy theory.”

Response to York’s tweet was pretty much what you’d expect:

Seems reasonable. “The Russians did it” sort of seems the default excuse for everything these days.

“From the Kremlin” is their mantra. It’s based in fantasy and has been said enough that few on the left can even begin to think critically once it’s been invoked

Logically, then Hunter’s laptop came from the Kremlin? I’d like to see Schiff connect the dots on that one.

There’s a lot more like that, but you get the idea.

Making matters worse for the Democrat-media complex, which is running interference for Biden, Fox News reported that, “One of the people on an explosive email thread allegedly involving Hunter Biden has corroborated the veracity of the messages, which appear to outline a payout for former Vice President Joe Biden as part of a deal with a Chinese energy firm.”

Holy Smokes: “One of the people on an explosive email thread allegedly involving Hunter Biden has corroborated the veracity of the messages, which appear to outline a payout for former Vice President Joe Biden as part of a deal with a Chinese energy firm.” https://t.co/qBU19weAUE

The report notes the email was dated May 13, 2017, several months after Biden left the White House.  Still…

The idea that Hunter was out using his father’s name to cash in on some lucrative deals still needs to be investigated, one would think…

🚨🚨🚨
This is truly explosive.

Discussing a Chinese energy company equity split, including "10" for "the big guy."

The media CANNOT ignore this for 18 days.

A Source included on Hunter Biden emails confirms they're real & that “the big guy” is referring to Joe Biden.

“The big guy” aka Joe Biden was listed to get a payout from a Chinese energy company. This is nuts.https://t.co/W9GaXBw8eN 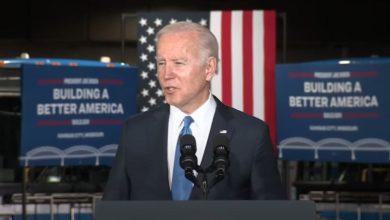