While speaking at an evening reception at the Freedom Center at the Luxe Sunset Boulevard Hotel in Los Angeles on June 19, 2019, Daniel Greenfield addressed how liberals and what this writer now calls the “Silicon Valley Axis of Evil” are deliberately working to destroy our freedom.

“The internet used to be about empowering individuals. And then the big dot-coms like Google came along and made it a gated community. If you wanted to exist on the internet you had to play by their rules,” he said.

Then social media came along and there was another revolution. What the social media revolution did was it made the individual the center of the internet. It was not about what Google wanted you to think. It was about what your Aunt Sally wanted you to see. And that fundamentally transformed everything. It helped make Trump’s victory possible. And of course once Trump actually won they decided to quickly shut this down. They declared there was a fake news crisis, a disinformation crisis, a Russian bot crisis — the Russian bots somehow elected Trump by posting a whole bunch of stuff after the election aimed at African Americans as the Senate report showed. But, you know, somehow this got Trump elected. And of course these are the same people who disavow conspiracy theories. [Laughter]

And social media is being censored. It’s fact-checked. It’s transformed. It’s another Google word. Somebody in San Francisco decides what you can see and what you shouldn’t see. Take YouTube. What’s the whole name? YouTube. It’s about you, you and you and you. It’s all about you. And, you know, these days a lot of you’s are being censored on YouTube, like, PragerU and Steven Crowder and James O’Keefe, Project Veritas. And, you know, a guy named Daniel Greenfield is also being censored on YouTube, because there’s no room for you on YouTube, there’s no room for you on the internet.

And there’s a reason for that. Silicon Valley and the Left have a few things in common. They both believe that bigger is always better. They believe that everybody can be reduced to groups and numbers and algorithms and statistics. And they think that the right side of history is just a single click away. And of course they’re both cults. If you’ve ever spent any time around Silicon Valley you know exactly what I’m talking about.

“There’s no separation between politics and technology, means no room for anybody who disagrees with the politics of the people who control the tech platforms. And that means segregation. When you can’t separate ideas from people, you have to separate people, because there’s no room for both. We misjudge the separation of technology and politics as the new segregation in a nutshell. Conservatives are being banned from social media. I imagine most of you here probably have had some sort of experience in that regard,” he added.

Here’s video of his full remarks.

A full transcript of his remarks can be seen here.

On September 14, an event addressing social media censorship is taking place in Atlanta, Georgia, featuring Dinesh D’Souza.  Information on that event can be seen here.  Tickets can be purchased here. 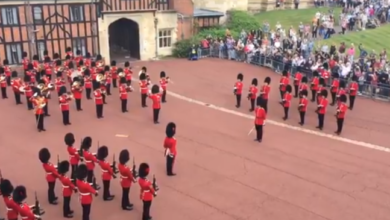 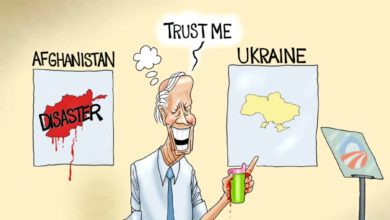 Cartoon of the Day: What Could Go Wrong?