During a roundtable meeting last week with President Donald Trump, Cuban immigrant Maximo Alvarez issued a stark warning to the radical Marxists protesting and rioting in America’s cities, telling them not to be useful idiots.

Alvarez, the President of Sunshine Gasoline, said the American Dream is at risk of being destroyed by the Left using the same tactics he saw the Communists use in Cuba when he was just 11 years old.

“We come over here, in my case because my parents chose that I would not be indoctrinated by the communist country, by the totalitarian country, by the totalitarian regime. They don’t educate children. Absolutely not. And this is something that we need to understand. What is happening in our backyard today, I experienced as an 11-year-old. I remember vividly all the promises that a guy named Castro gave, and how 99 percent of the people swallowed the pill,” he said.

“It took many years later, after I read somebody named Saul Alinsky, that I realized that all those people were nothing but useful idiots. I remember Castro while in the mountains being interviewed and asked if he was a communist. He went crazy. … He was going to save Cuba. I remember how he promised to the farmers, to the wahitos that you’re going to own the land. I remember all the promises that we hear today about free education and free health care and free land,” he added.

Alvarez reminded people that Fidel Castro abolished the police, the military and even took over the Catholic church. The immigrant’s dad, however, saw through Castro’s words because he experienced the same thing under communist Spain. Alvarez’s father saw parallel’s between Castro and his home country.

The businessman explained that the left uses fancy terms and promises to try and indoctrinate others. It’s the same tactics he saw in Cuba.

“Never forget about my dad who only had a sixth-grade education, but I think he was the greatest philosopher I ever met. He used to tell us how lucky he was because he was able to come from Spain to Cuba. And then he came from Cuba to [the] United States and he saw me graduate from college, and that was the biggest prize he ever had. And he said, ‘Don’t lose this place because you’re never going to be as lucky as me. Because if you lose this place, you have no place to go,'” he said.

“So with that, please keep that in mind. And please, people, explain that to our young people who are demonstrating out there. Don’t be useful idiots,” he declared. “Please understand what’s happening in our country. See what happens to our parents and see what is happening to America today.”

THIS is what America is all about. 🇺🇸 pic.twitter.com/l8oI09Pdb0

Video of the Day: Trump Triggers Liberal Propagandists With Clips Of Fake News Versus Actual Response 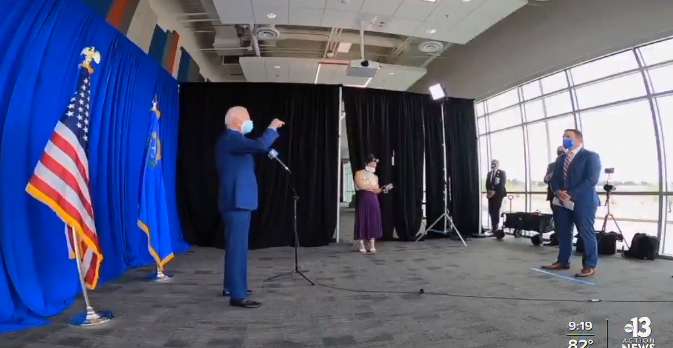 Biden Refused to Answer Question on Court Packing, Then Lied