On Thursday, President Barack Obama compared Syrian refugees fleeing their country to the Pilgrims who came to the New World on the Mayflower.

“Nearly four centuries after the Mayflower set sail, the world is still full of pilgrims – men and women who want nothing more than the chance for a safer, better future for themselves and their families,” he said. “What makes America America is that we offer that chance.”

Obama, The Hill said, praised Americans who have opened their homes to refugees:

“One woman from Pennsylvania wrote to me to say, ‘Money is tight for us in my household. … But I have a guest room. I have a pantry full of food. We can do this,’ ” Obama said.

“Another woman from Florida told me her family’s history dates back to the Mayflower — and she said that welcoming others is part of ‘what it means to be an American,’ ” he added.

Obama called for citizens to put the “generosity” of America on full display by welcoming refugees into the country with arms wide open.

“I hope that you and your family have a wonderful Thanksgiving, surrounded by loved ones and full of joy and gratitude,” he said. “And together, may we all play our own small part in the American story, and write a next chapter that future generations can be thankful for.”

Reaction was what you’d expect:

Now the @POTUS is trolling #Thanksgiving. What a sad, pathetic man. #SyrianRefugees https://t.co/TJzuEYWyf6

Gawd, he can't help but be a self-righteous schmuck, even on Thanksgiving. Can't wait for his Christmas message. :/ https://t.co/giTcdXAcIG

He obviously didn’t speak to this woman…

Wait, I thought the Pilgrims were religious zealots intent on a genocide. At least that's what @Salon said. https://t.co/cnwbxmpTmA

Good point, but it’s a bit much to expect consistency and logic from a leftist… 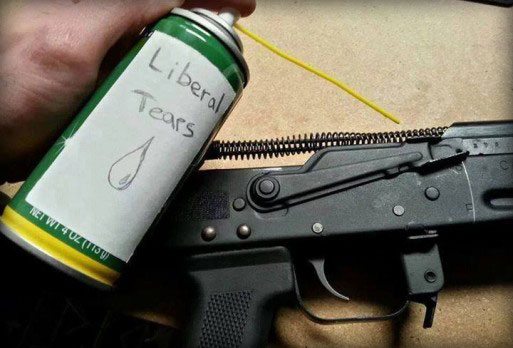