A video posted to YouTube Thursday shows the reaction Clinton supporters had when an audience member pressed her on her many scandals.  Not only did the audience not like the question, neither did Clinton, who gave the potential voter a condescending answer.

Wow. Young man in NH asks @HillaryClinton, how can you say you want to end corruption when we had Whitewater, Benghazi, and the emails (1/3)

"And I advise you to go back and watch my 11 hours of testimony. I hope you enjoy it," Clinton tells him. Audience stands & cheers. (3/3)

Naturally, the audience cheered.  I have to wonder, however, how many of them were actually alive when the Clinton scandal machine was in the White House.  Others wondered the same thing.

@rubycramer Do millennials have any real sense of Clinton scandals from the 1980s and 1990s? Is it something they SHOULD know?

Of course, millennials have no recollection of that incident.

@rubycramer how arrogant and entitled does this corrupt, lying old woman come off as? She is so out of touch with America

Well, she’s been at this for more than 40 years.  Remember, she’s been lying and scheming her way to the top since before Ted Cruz or Marco Rubio were in grade school.

But don’t expect the so-called “mainstream media” to report it, and don’t expect her supporters to demand accountability.  Or even ask the questions that need to be asked. 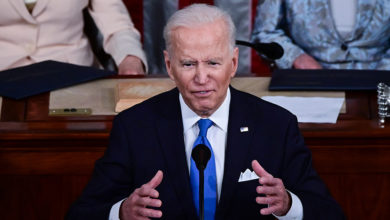