Foster kids are being kicked out of their home to make way for “unaccompanied migrant children.” Welcome to Biden’s America!

These foster kids and their foster parents deserve better than this kind of treatment.

Wait a second… isn’t there an eviction moratorium?

Why, yes. Yes, there is. The CDC extended an eviction moratorium until the end of June.

But unfortunately, it doesn’t count in this particular case.

A couple that has been fostering teens with behavioral issues for years in Washington state has been kicked out of their home and their foster kids may have to be reassigned.

The kicker? The home is owned by an organization called “Friends of Youth” who have decided to take their charity in a “different direction.”

Edmundo Serena Sanchez said he and his wife were notified in February that they would have to vacate the Renton house where they have nurtured and raised Washington state foster children for nearly seven years.

“It was just senseless. Everything they did was irresponsible,” Serena Sanchez said of the move-out order that came after a year of lockdown from the coronavirus pandemic.

The couple have fostered about 20 children over the years in the spacious house along Lake Washington.

The house is part of a campus of facilities owned by the Friends of Youth, a non-profit based in Kirkland with a 70-year history of providing services and housing for homeless and foster youth…

…Unaccompanied youth is the term the federal government uses to describe the more than 10,000 children who crossed the US-Mexico border in recent weeks without an adult accompanying them. Parents have been sending their children to the U.S. in hopes that the Biden Administration would be more accepting of migrant children than the Trump Administration.

DeAnn Adams, chief program officer for Friends of Youth, told KING 5 the organization saw a new funding source with the federal government’s Office of Refugee Resettlement and decided to use the Howard’s House – where Serena Sanchez and his foster family now live – as housing for undocumented immigrant children.
Source: KING 5

According to the KING 5 article, a letter dated January 29 sent to Serena Sanchez stated that “Friends of Youth has reviewed our organizational goals this past year, and we have chosen to pursue a different strategic vision,” it added that Howard’s House where the Serena Sanchez family resid will be repurposed “to provide a different scope of services in support of unaccompanied youth.”

Eight days after the inauguration of Co-Presidents Jamala Biden-Harris, eh?

And now there’s a massive surge at the southern border.

That is some incredible foresight by the muckety-mucks over at Friends of Youth. Positively prescient.

It’s unconscionable that foster kids are being thrown under the bus in order to prioritize care for youth who crossed the border illegally. How can that possibly make them feel? Serena Sanchez says that one of the teens had to be hospitalized due to anxiety attacks at the thought of having to move, and one ran away. Heartbreaking.

This position of prioritizing unaccompanied minors who cross the border illegally over American children seems to be a thing that organizations that are supposed to care for children are doing now.

Republican State Rep. Michelle Caldier has a theory on why Friends of Youth is making the sudden shift and booting out a family from their home — the sweet, sweet lure of federal funding dollars.

She’s interviewed near the end of this KING 5 report:

The Biden-Harris administration has insisted that there is not a “crisis” at the southern border, but there has been a massive influx of unaccompanied minors who are crossing into the U.S. illegally.

The flood of unaccompanied minors entering the United States is now putting a strain on the foster care system, and it’s not just instances like this with the Serena Sanchez family, either.

“Usually the maximum amount of children you are allowed to foster at any one time is six,” Travis Kall said. “We called our case worker and she told us that everyone was calling her because they had got that same call.”

The Kalls said that a friend who uses a different agency to foster children received the same message.

“At any given point in time there are 30,000 plus children in the L.A. County foster care system alone,” Sharla Kall said. “So to ask us already certified foster parents to take on children from another country when we can barely take care of our own foster crisis doesn’t seem beneficial to either side because either way someone loses a bed.”…

…”I consider it human trafficking,” Travis Kall said. “It’s not the burden of taking kids in because we have the heart for it, but these are kids that were taken from the border for a money scheme and now they’re going to use us resource parents to take care of them.”
Source: Washington Examiner

The Kralls are not wrong.

We’re handling this all wrong. This could all end right now if only we changed our tactics. 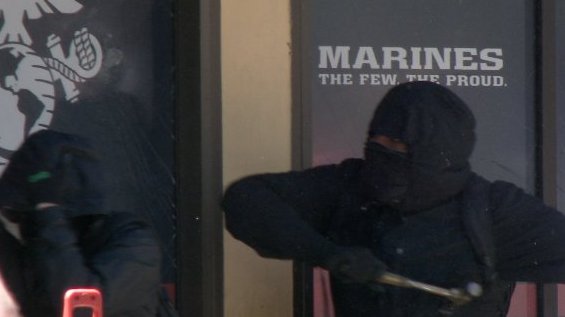