An electric grid is an interconnected network for electricity delivery from producers to consumers. Think of it as the internet but instead of moving information, it moves electricity across the country.

The U.S. electric grid is vulnerable to an Electromagnetic pulse (EMP) attack which will destroy the country.

Electromagnetic pulse (EMP) is an electromagnetic wave similar to radio waves, which results from secondary reactions occurring when the nuclear gamma radiation is absorbed in the air or ground. It differs from the usual radio waves in two important ways. First, it creates much higher electric field strengths. Whereas a radio signal might produce a thousandth of a volt or less in a receiving antenna, an EMP pulse might produce thousands of volts. Secondly, it is a single pulse of energy that disappears completely in a small fraction of a second. In this sense, it is rather similar to the electrical signal from lightning, but the rise in voltage is typically a hundred times faster. This means that most equipment designed to protect electrical facilities from lightning works too slowly to be effective against EMP.

“the grid disruption (and destruction) caused by an EMP could take months to years to repair. Non-perishable foods would spoil from a lack of refrigeration. Hospitals would run out of life-saving, temperature-controlled medications within days. Dialysis and other medical devices would stop working. Water systems that rely on electricity would stop pumping water, and pipes would burst from the weight and pressure. The cascade of consequences of a protracted regional power outage would be devastating.”

The issue is that America’s electric grid is vulnerable, and all administrations for the past fifty years have known about its vulnerability but have done nothing, or any attempts haven’t solved the issue.

“No one is in charge” of protecting America’s electrical grid, Biden Homeland Security Advisor Dr. Liz Sherwood-Randall told CBS News’ 60 Minutes during a recent short segment regarding the vulnerability of America’s most critical of critical infrastructures. Sherwood-Randall added that the federal government has no ability to mandate utility companies implement security improvements to the national electric grid.

And one small attack has already happened,

On the night of April 16, 2013, a mysterious incident south of San Jose marked the most serious attack on our power grid in history.

Jon Wellinghoff: They knew what they were doing. They had a specific objective. They wanted to knock out the substation.

There is a kind of attack that will wipe out the electricity in the entire country. Considering our disagreements with China over Taiwan and Russia over Ukraine, Many Americans are worried we could be heading toward a nuclear war. They don’t know that a nuclear attack could destroy the U.S. electric grid without ever touching the ground.

In 2017 Dr. Peter Vincent Pry, then the executive director of the Task Force on National and Homeland Security and chief of staff of the Congressional EMP(electromagnetic pulse ) Commission, explained what could happen.

I am looking at an unclassified U.S. Government chart that shows a 10-kiloton warhead (the power of the Hiroshima A-Bomb) detonated at an altitude of 70 kilometers [43.5 miles] will generate an EMP field inflicting upset and damage on unprotected electronics.

If an EMP attack did take place, it would be beyond anything we have seen before. The Commission to Assess the Threat to the United States from Electromagnetic Pulse Attack estimates that within 12 months following a nationwide blackout, “up to 90% of the US population could perish from starvation, disease, and societal breakdown.”

An EMP can happen naturally (solar flare) or via human action (nuclear attack). An attack will fry the electric grid and most technology. The last solar EMP, the Carrington Event, occurred 163 years ago in September 1859.

The 60 Minutes segment reported that Joe Biden made the problem worse;

If anything, the Administration has put the electric grid at greater risk over the past two years. On his first day in office, Biden suspended Executive Order 13920 (securing the U.S. bulk-power system) which declared “a national emergency with respect to the threat to the United States bulk power system,” and warned “that foreign adversaries are increasingly creating and exploiting vulnerabilities in the United States bulk-power system.”

President Trump issued E.O. 13920 in response to the discovery in 2019 of hardware back doors built into Chinese-made transformers that are critical to the grid’s operations.  According to Latham Saddler, the former Director of Intelligence Programs at the National Security Council in Trump Administration, “they found hardware that was put into that that had the ability for somebody in China to switch it off.”

While Trump’s EO didn’t fix the problem, it was a step in the right direction. Then why did Biden cancel it? Well, Trump.

Perhaps instead of adding 87,000 IRS agents, immediately moving the country to a green economy (and destroying the existing one), and bailing out students who took out college loans, Biden should be thinking ahead-protecting the country from an EMP attack that will destroy the United States. 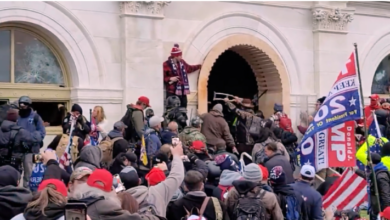