The slain police officers were Jose Gilbert “Gil” Vega and Lesley Zerebny. Vega was a 35-year veteran who was due to retire in December and had chosen to work overtime on Saturday.

Zerebny, 27, had just given birth to a baby girl four months ago. She had been with the department for a year and a half.

Reyes said the wounded officer was alert and doing well. The officers responded to a report of a domestic disturbance at 12:18 p.m. and were at the door of a house when the shooting began, Reyes said to reporters.

The suspect appears to be of Hispanic origin as the father, who was spoken to by a neighbor who lives across the street from the suspect and said that his son, who has mental issues, had a gun and wanted to shoot police officers.

A live Twitter feed of events is in progress where one Twitter user stated, “police still surrounding the suspect’s house, shouting: “Salga con las manos arriva!” (Or, “Come out with your hands up.”)

According to preliminary data compiled by the National Law Enforcement Officers Memorial Fund (NLEOMF), as of July 20, 2016, sixty-seven federal, state and local law enforcement officers have died in the line of duty this year, increasing eight percent over the 62 officers killed in the same period last year. The NLEOMF also found that an alarming 78 percent spike in firearms-related officer fatalities, many of which were ambush-style killings.

More from the Desert Sun and the Live Twitter News Feed.

Mass Shootings Ended By Good Guys and Gals With Guns 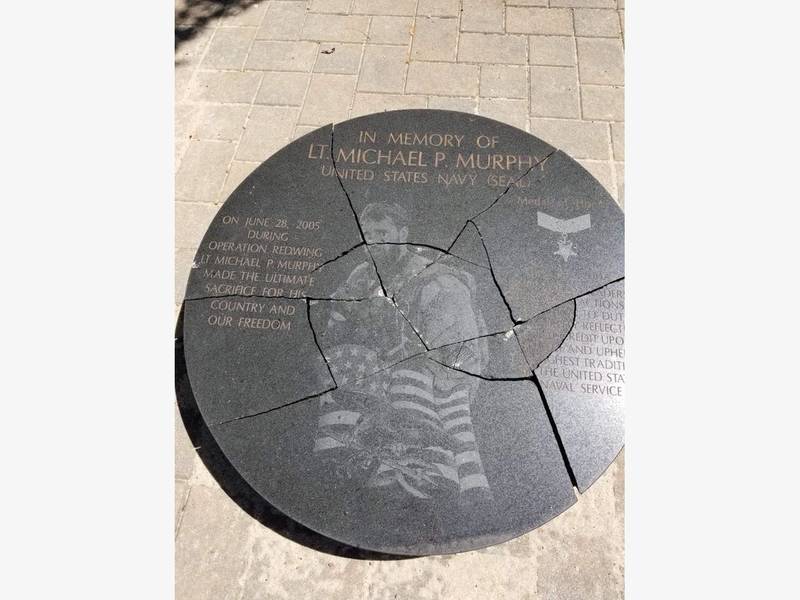 Memorial to Medal of Honor Recipient Smashed in New York