The New York Post reports today that two men have come forward and claimed they are the actual attackers of Dr Christine Ford, not Brett Kavanaugh. That puts a crimp in things for desperate Democrats. Whether or not this testimony will actually come out at the hearings is  a question. 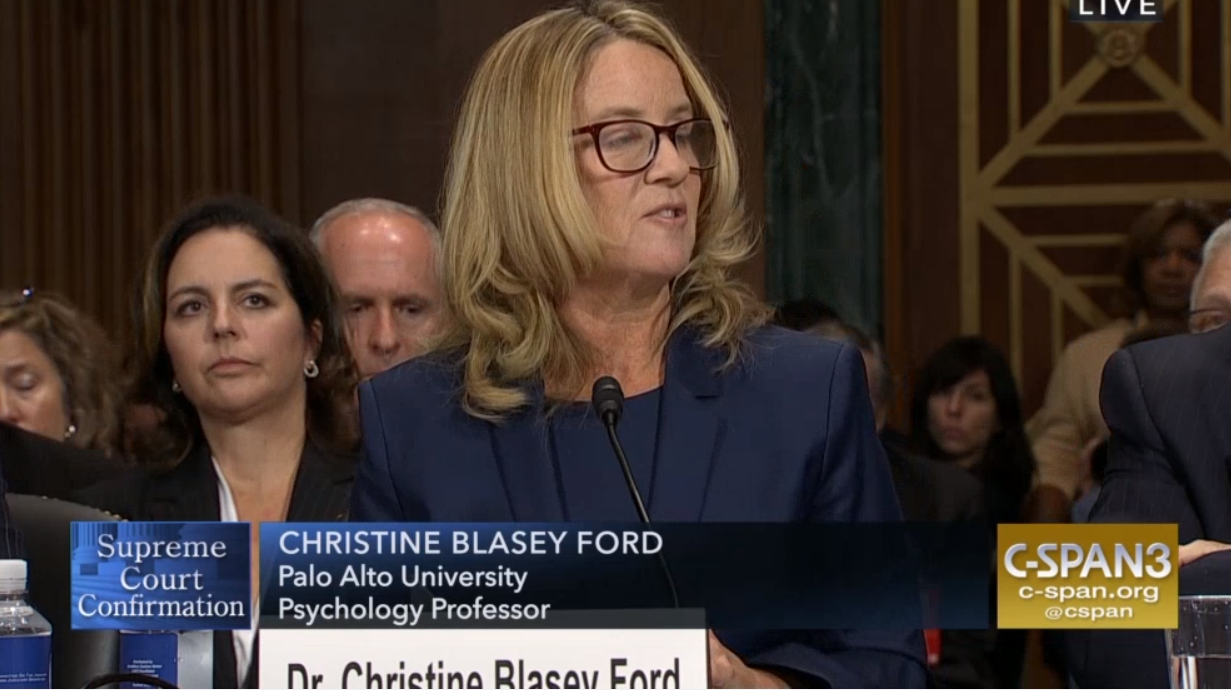 Two men have come forward to members of the Senate Judiciary Committee to claim that they are the ones who actually assaulted Christine Blasey Ford during a house party in 1982 — and not Supreme Court nominee Brett Kavanaugh.

Republicans on the committee released a timeline of events late Wednesday, which included details about their interactions with the two men who admitted to the attacks.

On Monday, the timeline recounts GOP staff members interviewing “a man who believes he, not Judge Kavanaugh, had the encounter with Dr. Ford in 1982.”

The article notes that  one of the two men had more details about the assault than were first reported.

What now, as they say? The hearing on Kavanaugh is well underway today. The litany of accusations is lined up and headed toward Brett Kavanaugh at full speed. And the “politically correct” left who believes every woman for everything is spurring it onward.

As we have reported before, repressed memories are notoriously inaccurate, according to the experts. And Ford’s “corroboration” has been off  from the beginning. She may indeed have been assaulted, but coaching by her buddies on the left have given it the anti-Trump, hateful stance against the Supreme court nominee.

Trending: Democrats Look To Change Tax Status On Family Farms To Kill Them

But the left is on a full sprint to destroy the judge. They don’t care about his life, or even the life of their Democrat accuser. Their purpose is to take him down…all because he was nominated by Donald Trump. Both sides have received death threats and Kavanaugh’s family is “devastated.”