Whatever meds you’re on, people, you should revisit the dosage, you have lost your damn minds.

But it’s not just one or two people saying it.

Democrats aren’t just calling Republicans Nazis, using explicit references to Goebbels and the Big Lie… they are employing the PRACTICE of the big lie, to discredit their political opponents in cutthroat tactics some on the right have already likened (ironically) to Germany’s demonizing and purge of communists after the Reichstag Fire. With that other party no longer able to hold them in check, they proceed to seize unopposed political power and oppress their political enemies.

The widespread paranoid demonizing of mainstream conservatives is well underway, and Tucker highlights on his show.

It was an ‘inside job’ on January 6th, Swalwell says.

Cancel culture is now coming to rob the legitimacy of the now-minority party, and make the nation a defacto one-party state… seemingly oblivious that this is the very definition of totalitarian.

Tucker made reference to the guy with the ‘painted face, the Viking hat and the Chewbacca outfit’ laughing that the idea that this was somehow a ‘coup attempt’.

We’re not saying that political violence of any kind is justified. We’re just saying, it’s a weird kind of ‘overthrow of government’ that uses a bullhorn in calling for elected leaders to ‘defend the Constitution.

Maybe the definitions of the words being thrown around to further inflame this already-tense situation need to be revisited.

Suddenly, the same Democratic government officials that refused to condem attacks on officers defending the seat of ONE branch of government — the White House, and, in the case of Senator Schumer, stood on the steps of the THIRD branch of government — the Supreme Court — uttering threats against two Supreme Court justices that they would ‘reap the whirlwind‘ and would not know what hit them, cares about the defense of our political institutions.

Suddenly they believe in the effectiveness of walls, and will be using them for crowd control. (Border Patrol may have some thoughts on your duplicity.) And they suddenly support both the police, and the military… despite running a campaign on defunding and demonizing the police, making criminals less accountable, and openly denouncing the National Guard as Trump’s stormtroopers.

Perhaps those in Congress will be so good as to remember these details when it comes time to defend some part of America BESIDES their own feckless asses. 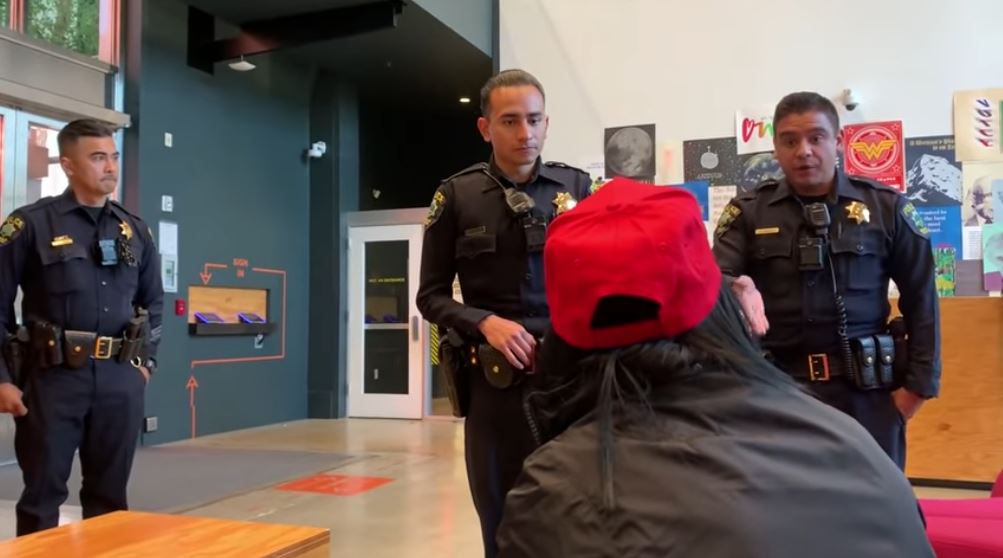 Video: Laura Loomer crashes Facebook, gets escorted off by police