As expected, Nancy Pelosi’s partisan Jan. 6 committee assigned to “investigate” the Jan. 6, 2021, riot at the U.S. Capitol put a bull’s-eye on President Trump.

The Washington Examiner reported that in its first public hearing – specially staged so the Democrat majority and two Trump-hating members of the GOP could publicize their agenda – fired “the first salvo in what will be a weekslong effort to convince Americans that former President Donald Trump corruptly attempted to subvert the Constitution and remain in power against the will of the people.”

“January 6th was the culmination of an attempted coup, a brazen attempt, as one rioter put it shortly after January 6th ‘to overthrow the government,’” claimed Rep. Bennie Thompson, D-Miss., “The violence was no accident. It represents Trump’s last stand, most desperate chance to halt the transfer of power.”

However, Fox News commentator Tucker Carlson called out the lies.

“You know it tells you a lot about the priorities of a ruling class that the rest of us are getting yet another lecture about January 6th tonight from our moral inferiors, no less. An outbreak of mob violence, a forgettably minor outbreak by recent standards, that took place more than a year and a half ago, but they’ve never stopped talking about it,” he explained.

“In the meantime, in the 18 months since January 6, gas prices have doubled. Drug ODs have reached their highest point ever. The U.S. economy is now careening toward a devastating recession at best and scariest and least noted of all, this country has never in its history been closer to a nuclear war.”

He called Pelosi’s broadcast presentation, carried by various networks but not Fox, “yet another extended primetime harangue from Nancy Pelosi and Liz Cheney about Donald Trump and QAnon. The whole thing is insulting. ”

“In fact, it’s deranged and we’re not playing along. This is the only hour on an American news channel that will not be carrying their propaganda live. They are lying, and we are not going to help them do it. What we will do instead is to try to tell you the truth. We’ve attempted to do that since the day this happened.”

He ridiculed the Democrats’ claim that the events were an insurrection, noting no one was found to be carrying a firearm.

“In fact, the only person who wound up shot to death was a protester,” he said, identifying Ashli Babbitt, a 36-year-old military veteran.

He called it a “pure lie” reports that the events “caused the deaths of five police officers.”

He said rioters actually killed no officers, and the claim of five deaths apparently comes by “counting the suicides of local police officers that took place after January 6, in some cases, long after…”

“But what did happen exactly on January 6? What’s the truth of that day? Well, that’s still unknown. From the extensive video we have of January 6, it’s clear that some in the crowd, more than a few, were encouraging protesters to breach the Capitol, to commit felonies. We’re not guessing at that, we’ve showed you the tape,” he said. “We have pictures of their faces. In the case of a man called Ray Epps, we know his name, but they’ve never been charged. Ray Epps was standing in exactly the same place that a lot of people who went to jail were standing, but he wasn’t charged. His name was taken off the FBI’s Most Wanted list. Why is that? It doesn’t make any sense at all.”

He pointed out, “The January 6 committee will not explain that after a year, millions of dollars and a thousand interviews. They won’t tell us, nor will they tell us how many FBI agents and assets were in the crowd that day and what were they doing there. Why can’t we know that? And why are they still hiding thousands of hours of surveillance footage from within the Capitol? If the point of the committee was to get the truth out there, why can’t we see the tape?”

The questions mount up, he said.

“Why did authorities open the doors of the Capitol to rioters and let them walk in, usher them in the doors? That’s utterly bizarre. You saw that live. No one’s ever explained it. What’s the explanation for that? And by the way, whatever happened to the mysterious pipe bomber whose bombs we later learned many months later, Kamala Harris’ bodyguards discovered. Kamala Harris told us she was at the Capitol that day, but she wasn’t. She was at the DNC with a pipe bomb outside. Her bodyguards found that bomb, but she lied about that. She hid that. Why? ”

He added, “And of course, above all, they lied about the reason that January 6 happened in the first place and you know what it is. The entire country watched Joe Biden get what they claim was 10 million more votes than Barack Obama himself got. Joe Biden got 10 million more votes than Barack Obama got, and a lot of those votes arrived after the election.

“In a lot of places, voting was stopped in the middle of the night. Why? In the biggest states in the country, voter ID was optional. Why is that okay? A lot of the protesters on January 6 were very upset about that and they should have been. All of us should be, but the January 6 Committee ignored all of that completely. Instead, on the basis of zero evidence, no evidence whatsoever, they blamed the entire riot on White supremacy.”

Biden himself apparently played a role in the orchestrated messaging, stating, “We’re confronting the stains of what remains, a deep stain on the soul of the nation, hate and White supremacy. The violent, deadly insurrection on the Capitol nine months ago was about White supremacy, in my view.”

Carlson said, “”What? There’s no evidence for that – none. The people at the Capitol, including the ones who broke the law by entering the Capitol, which is a crime, those people to a person said they were upset because they believed their democracy had been stolen from them and whether all of their claims are true or not, that’s a valid reason to be upset. But rather than reassure the rest of us that actually our democracy is sound, elections are fair and transparent, there’s no cheating and we can prove it, rather than do that, they call half the country names and not just names, the worst thing you can be called, a White supremacist. And then, most bewilderingly of all, virtually no Republican in Washington pushed back against any of that.”

“If you ignore the legitimate concerns of a population, if you brush them aside as if they don’t matter when gas goes to $5 and you say ‘buy an electric car.’ When cities become so filthy and so dangerous that you can’t live there, when the economy becomes so distorted that your own children have no hope of getting married and giving you grandchildren, when you don’t care at all about any of that and all you do is talk about yourself, nonstop – you might get an insurrection if you behave like that, speaking of insurrection.”

Trump issued a statement condemning Thompson and other committee members for refusing to address the issues.

“So the Unselect Committee of political HACKS refuses to play any of the many positive witnesses and statements, refuses to talk of the Election Fraud and Irregularities that took place on a massive scale, and decided to use a documentary maker from Fake News ABC to spin only negative footage,” Trump said. “Our Country is in such trouble!”

According to the Daily Mail, Trump’s spokesman, Jason Miller, charged that the committee members distorted, deceptively editing them to produce the message they wanted.

The issue was over an analysis that told Trump the numbers indicated he would lose the 2020 election. The suggestion was that Trump worked for weeks to subvert the election. But Miller explained that edited out of the clip used by the committee was his comment that Trump disagreed with the analysis.

Republicans have called the hearings a spectacle and said they are being used to distract the public from the long list of scandals involving the Biden administration. 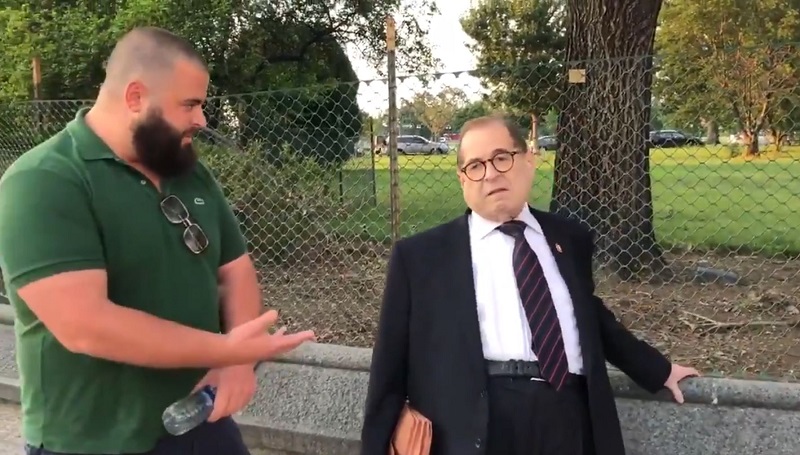 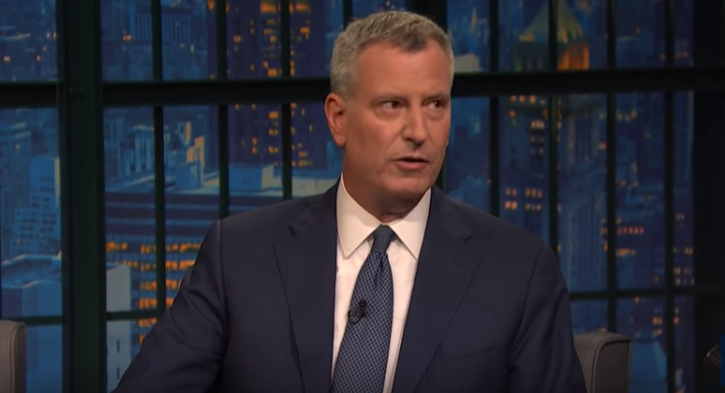 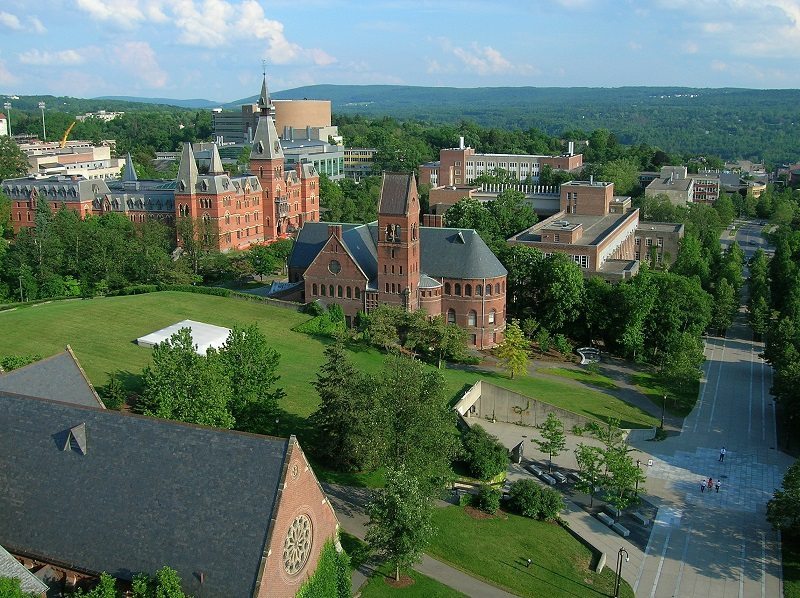