By: Right Side Patriots (Diane Sori and Craig Andresen)

Here’s your sweet innocent ‘kid’ that all the ‘animals’ are rioting for.

Our CPR Worldwide Media investigative team (Craig and Diane) and reporters on the ground in Ferguson have uncovered the following information (see photo below) about the so called ‘Gentle Giant’ Michael Brown.

MB was a bully, a criminal, and a gang member with a long history of assault. His mother and stepfather NEVER raised him. He was raised by his grandmother and biological father and notice how quiet they are. Neither is calling for revenge or rioting, nor are they hanging out with the likes of Al Sharpton and crew who are threatening civil suits and egging on a race war. Crying racism is BIG business and they want to capitalize on Brown’s ‘self-caused’ death…and line their own pockets… while still hoping to send an innocent officer to jail.

Thanks to these ‘animals the loss of revenue to the Ferguson-St. Louis area since November 1st is between $1.5-2 BILLION to date. Merry Christmas America from these ‘animals’ as our president remains silent. 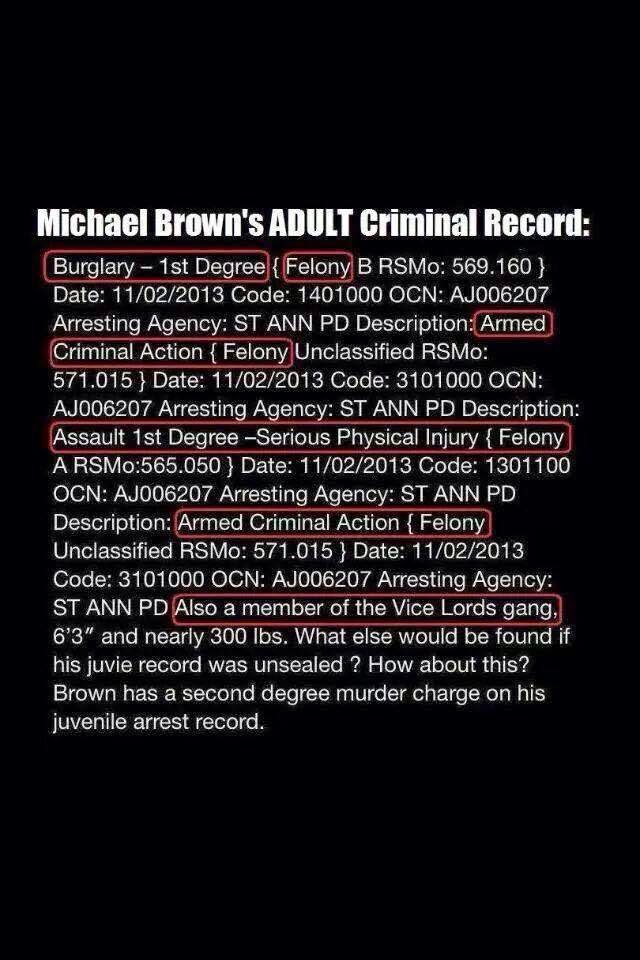 Adina Kutnicki - June 3, 2020
{Published at AmericasCivilWarRising} INTRODUCTION BY ADINA KUTNICKI: There is NO other law enforcement agency in the entire nation which recognizes, understands, and has its fingers on the pulse of...