WHILE red, white and blue Americans are overcome with a renewed sense of optimism – a real transformative moment in time – “hoping for change” due to The Donald’s ascension (never mind his landslide victory over crooked Hill), relative to the other side – not so much!

BUT before we head to the Muslim Brotherhood Mafia’s overriding “reaction” – ala the domestic and global fronts – it is equally intrinsic to monitor what their radical counterparts are up to, be they generalized leftists, Marxists, socialists, communists, and otherwise aligned shock troops. As repeatedly reported at these pages, the reds and greens operate hand-in-fist.

MORE specifically, their immediate and frenzied meltdown is an outgrowth of hard-core anti-American ideology, ignited and exacerbated by Trump’s stunning triumph. Yes, domestic leftists, anarchists, illegals and assorted anti-American Americans are on a literal tear. Foaming. That’s a vast understatement.

NOT only that, countless death threats on social media are exhorting to assassinate Trump, and who knows how many more are in active stages of planning. As to the codified illegal aspect of intent to murder, let alone inciting others to do the same, well, said criminal behavior tells us what we need to know about crooked Hill’s supporters. No doubt, they are, for the most part, uncivilized animals. Unhinged. They are world’s apart, a far cry, from those who recognize the absolute democratic right to peacefully protest and voice their discontent.

YES, the above (and so much more) proofs are manifestly clear. Resultant, said criminals must be charged with actual intent, incitement, to assassinate Trump. Extrapolating further, they must be dealt with to the fullest extent of the law.

WHICH leads us directly to their comrade-in-arms, the Brotherhood Mafia.From their deep entrenchment inside America, as well as outside the nation’s borders, their intention to upend the nation has been proven, as is said, six ways to Sunday. Still yet, despite their decades-long vast worldwide operational apparatus, in a quest for global dominance, it is their embedded tentacles throughout the nation’s power centers which must be swiftly declawed. Forthwith.

EVEN so, while the continuously burgeoning list of Islamist subversives throughout America’s epicenter is book-worthy, the fact remains, as always, “cutting off the head of the snake” is where it’s at.

IN this regard, only those of us who are experts (the few and far between) in the Brotherhood Mafia’s hydra-like apparatus understand the underlying bases and dangers, the urgency, of today’s commentary.

WHICH brings us to a most intrinsic backgrounder, vis-a-vis the “reaction” of the hydra-like monster continuously plotting to destroy America.

The terrorist Muslim Brotherhood (MB) group — praised by Democrats, President Barack Obama, and presidential nominee Hillary Clinton — has reportedly denounced “racist” Republican Donald Trump’s victory over the former secretary of state as a “disaster” for the Arab and Muslim world.

On Wednesday, a day after Trump won the U.S. presidential election, Mamdouh Al-Muneer, a spokesperson for MB who also serves as a member of the supreme body of the Egyptian Islamist Freedom and Justice Party (FJP), reportedly wrote on social media that the results of the elections were a catastrophe and a “racist” has ascended to the White House, according to the Middle East Monitor (MEMO).

“Goliath is coming himself, with his horses and men… what our nation has witnessed in the last period is something and what is to come is something different,” he added. “God willing it will be for us not against us.”

The MB was founded in Egypt and has expanded into the West — namely the United States, Europe, and Australia — in addition to other countries across the world.

Although various nations have deemed the group a terrorist organization, including Muslim-majority Egypt……the Obama administration has refused to join those countries and has blocked Republican lawmakers from designating MB a terrorist group.

Obama invited Morsi to the White House and has met with other party representatives there.

(The dream is over: Abedin, who has only ever worked for Hillary Clinton, was back at the campaign headquarters for the first time. She was its vice-chair and seen as the most important of her personal retinue)

ALAS, Humala, the poor dear, has been seen crying throughout NYC, as if she deserves any sympathy for having let down the Clinton machine, never mind, her closest gal pal, Hill. Boo hoo.

INDEED, all is not as it seems. Not by a long shot. Her tears and anguished expressions are more about the distance placed between her – which would have been just a heart beat away – and the nation’s nuclear suitcase. O M G !!

IN reality, the crux of her misery reflects the level of intel she can pass DIRECTLY onto al-Qaeda, ISIS and every manner of top-tier jihadi, whether in Saudi Arabia, America, Europe, or the vast expanse of Islamic nations. Believe it.

MOST significantly, it is incontestably urgent for President-elect Trump to drain the Islamic swamp, so to speak. In effect, legal provisions are already on the books to rid the nation of their infestation.

IN other words, how many understand that the Smith Act is a main ticket to do so?

Title I. Subversive activities. The Smith Act set federal criminal penalties that included fines or imprisonment for as long as twenty years and denied all employment by the federal government for five years following a conviction for anyone who:

The Smith Act’s prohibition of proselytizing on behalf of revolution repeated language found in previous statutes. It went beyond earlier legislation in outlawing action to “organize any society, group, or assembly” that works toward that end and then extended that prohibition to “membership” or “affiliation”—a term it did not define—with such a group.

THUS, the very fact that the Brotherhood Mafia’s stated mission is ominously clear, as.compiled within an 18-page document listed the Brotherhood’s 29 “organizations of our friends”  shared the common goal of dismantling American institutions and turning the U.S. into a Muslim nation. These “friends” were identified by Akram and the Brotherhood as groups that could help convince Muslims “that their work in America is a kind of grand Jihad in eliminating and destroying the Western civilization from within and ‘sabotaging’ its miserable house by their hands … so that … God’s religion [Islam] is made victorious over all other religions”……, it more than meets the absolute standard, the test, for subversive and treasonous conduct.

AND this is the case, irrespective of the fact that HUSSEIN’s subversive admin efused to label the Brotherhood a terrorist organization, despite the fact that al-Sisi’s Egypt has done so, as have others. Mind you, it has been reported that Trump and al-Sisi are in sync, in so far as internalizing the grave threats posed by the Brotherhood Mafia to their respective nations and the west at large.

CONSEQUENTLY, couple the above with more indicting proofs – literally!

SIMPLY put, some of the Brotherhood Mafia’s highest ranking terrorist masterminds have been put down, as a result of the Holy Land Foundation Terror Trial, the largest terrorism trial in U.S. history. But let’s not bring out the bubbly, there are scores more who must meet the same treasonous fate.

SO aside from a list of core and urgent imperatives atop the incoming administration’s to-do list (immigration, health care, job growth, education, taxes and energy, to name a few), it would be a grave oversight to ignore the Brotherhood Mafia within America, and in all its permutations.

CONCLUSIVELY, it is this Brotherhood expert’s considered opinion that placing Huma Abedin on trial – as the tippy top of its American spear – will reap the biggest dividend re the uprooting, the penetration and infiltration, of Islamic jihad in America.

AND while there is much chatter about HUSSEIN “pardoning” crooked Hill and her cadre of law-breaking surrogates, it must be understood that Huma Abedin cannot be allowed to get away scot-free. If jail is not an option, deportation, as a subversive citizen, must be (more than) considered.

NO time to lose! 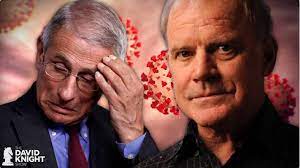