On a good day, electoral politics is often akin to wading in a gutter-like cesspool. Worse. Phew.

[Editor’s note: A good friend of mine once said there are two things one never wants to see — Sausage being made and the internal workings of a political campaign…]

AND don’t even get this investigative journalist started on the topic of died-in-the-wool leftist Jews, you know, those who would rather lick vomit, than support a candidate who is pro-Israel. Pro-American alike.

INDEED, while a main tier within these pages deals with geo-politics, the fact remains that the only reason why the election of 2012 was front and center (at the inception of this site) was because it was understood how dangerous HUSSEIN Obama’s re-election would be for America and Israel. Extrapolating further, to western civilization at large. That simple. That right.

EVEN so, before we veer to some hopeful news, let’s also address the timely release of a new book, irrespective of a few coming out re the criminally-bent Hill.

IN this regard, “The Field of Fight: How We Can Win The War Against Radical Islam And Its Allies”, written by Lt. General Michael T. Flynn (and Michael Ledeen), is prima facie evidence how in the tank Obama Inc. is for jihadi interests. Rational folks understand that pro-American CHANGE is mandatory, as opposed to the kind that HUSSEIN Obama promised – and implemented!

Retired Lt. Gen. Michael Flynn — being considered by Donald Trump as a possible running mate — says he was axed as head of the Defense Intelligence Agency in 2014 because of his stand “on radical Islamism” and al Qaida’s expansion around the globe……

“I asked the DNI [Gen. James Clapper] if my leadership of the agency was in question and he said it was not; had it been, he said, they would have relieved me on the spot,” he writes.

“I knew then it had more to do with the stand I took on radical Islamism and the expansion of al Qaida and its associated movements. I felt the intel system was way too politicized, especially in the Defense Department.”

An unapologetic Flynn writes he’d been trying “to change the culture” of the agency “from one overly focused on Washington, D.C., to a culture that focused on our forward-based war fighters and commanders.”

“In the end, I was pissed but knew that I had maintained my integrity and was determined in the few months I had left to continue the changes I was instituting and to keep beating the drum about the vicious enemy we were facing (still are),” he writes.

“I would not change a lick how I operate. Our country has too much at stake.”

Flynn asserts the nation is in “a global war” comprised of “an enemy alliance” that stretches from North Korea to Cuba and Venezuela and “picks up radical Muslim countries and organizations such as Iran, al Qaida, the Taliban and Islamic State.”

Flynn writes only a designed “strategy to destroy this global enemy” will win, but decries the nation’s current approach to “timidly nibble around the edges of the battlefields from Africa to the Middle East, and act as if each fight, whether in Syria, Iraq, Nigeria, Libya or Afghanistan, can be peacefully resolved by diplomatic effort.”

REGARDLESS, and more than likely, an insider pol will be chosen to navigate Washington’s corridors, even though many would prefer this patriotic military expert to be Trump’s VP. Sigh.
BACK to the hopeful news….Trump’s trump.
AS most patriots – aka true Conservatives – are aware, the Repub Party is about as conservative as high-priced hookers. Really. In fact, back in 2012, this site commented on a particular segment of their convention platform. It was reflective of the same tone-deaf, bold-faced mantras as their Demster counterparts. Yes, two sides of the same political book-ends. Of course, it involved Arab/Muslim barbarians, and the RINOS’s take on regional developments. O M G !!
THUS, as seriously flawed as they were then, they are even more so now. Having had four more years of lock-step moves attached to Obama Inc.’s tether, they can hardly be separated apart, akin to pigs and their shit. Oh, aside from their pithy blowhard statements to the contrary every now and again.
ALAS, along comes Trump and his independent, bull-by-the-horns moves, and this time they involve Israel, the only reliable ally in the Mid East – bar none. Don’t even bother to contend otherwise, the facts are as they are.
RESULTANT, in a long overdue corrective measure, Trump may very well flip Mid East politics upside its head. Yes, for the betterment of all who truly believe in freedom and its real meaning, there is now a possibility that Israel will finally be treated as an equal among nations, able to lay international claim to its historical, biblical and legal capital. In this direction, the proofs are manifest. Similarly, Israel’s claim to Judea and Samaria, the thousands-year-old Jewish heartland, is irrefutable. In fact, there is no nation in the world which has more solid title to its land than the Jewish people have to Israel. Period. Deal with it.

The Republican Party is in the process of changing its platform on Israel to include language that is more in favor of Israel, including moving the U.S. Embassy from Tel Aviv to Jerusalem.

In advance of the party’s nominating convention, the GOP platform committee held its first meeting Monday in Cleveland, where it discussed reinstating a reference to Jerusalem as Israel’s “undivided” capital and removing a reference to “Palestine.”

This new draft marks a significant change from the platform from four years ago, which did not include the word “undivided” in reference to Jerusalem, but did include mention of “Palestine.”

The 2012 platform read, “We support Israel’s right to exist as a Jewish state with secure, defensible borders; and we envision two democratic states – Israel with Jerusalem as its capital and Palestine – living in peace and security.”

On Monday, CNN reported, the subcommittee reviewing the platform specifically rejected language affirming the party’s commitment to what is known as the two-state solution.

Last month a senior official in the Trump campaign said that if elected president,Trump would back Israel annexing portions of Judea and Samaria.

In an interview with Israeli daily Haaretz, Trump’s co-adviser on Israeli affairs, David Friedman, addressed issues of the Israeli-Palestinian conflict and how the presumptive republican nominee would handle them if elected in November.

“I think there are parts of the West Bank that will stay part of Israel in any peace deal. I am sure he [Trump] wouldn’t have any problem with that at all,” he said.

“Regarding the entire West Bank  (Judea-Samaria) I think that’s a legal issue. I don’t think he will have a problem with that but he would expect Israel to continue seeking peace. He has no doubt that Israel wants peace,” Friedman continued.

Achieving peace does not need to focus on land, Friedman said “There are always creative ways to allow people to live in peace. It is not always about the land. We don’t accept the idea it is only about land. Nobody really knows how many Palestinians actually live there.”

An independent Palestinian state, said Friedman, will not happen without Israel’s consent.

“The Israelis have to make the decision on whether or not to give up land to create a Palestinian state. If the Israelis don’t want to do it, so he doesn’t think they should do it. It is their choice. … He [Trump] does not think it is an American imperative for it to be an independent Palestinian state,” he continued.

Trump’s viewpoint is that Israel shouldn’t have “to wait for another generation for the Palestinians to hold more realistic expectations and show less hostile motivation,” Friedman explained. “Trump’s position is that we have to deal with reality and not hopes and wishes.”

TO wit, if elected (exploding heads beside the point), let all the righteous among us hope that Trump follows through on all of the above, finally, ordering the US Embassy to be moved to its rightful place in Jerusalem, Israel’s eternal capital.
GEO-POLITICALLY, placing it in Tel Aviv is not only cowardly, but it gives a tailwind to those who dream about destroying Israel, believing that Israel is a temporary irritant. Extrapolating further, the symbolism of keeping it in Tel Aviv – Israel’s financial “capital” – is thus: even the US doesn’t recognize Jerusalem as Israel’s capital, and the location of the Embassy is reflective of the same. Mind you, it is not as if the Arabist State Dept. – and official Washington appendages – haven’t made themselves clear on said end. Message received.
NEVERTHELESS, most significantly, the winds of change may be upon us! 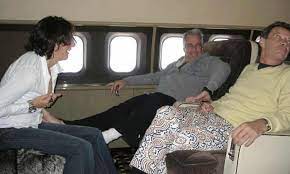