The issue of immigration appears to have reached a dangerous turning point.  On Saturday, Trump supporter and co-founder of Women for Trump, Amy Kremer, appeared on CNN in a segment that dealt with immigration policy changes.  That appearance, it seems, has put her in a dangerous position.

After Kremer’s interview with Victor Blackwell was over, she found herself being attacked by radical leftists and received death threats.

On her Facebook page, Kremer stated, “Earlier today, I appeared on CNN to discuss immigration and the crisis at the border. Within minutes of the end of the interview, I began receiving death threats. No one should ever be forced to contact the FBI because of threats received due to their political beliefs. This is outrageous and needs to stop.”

“If you are unhinged over politics, you need to step away. Turn off the TV. Get off social media and get help. Focus on living life and life is not politics. If nothing else, get a dog and take a break.”

She was also the subject of profane attacks on Twitter as well.

“After appearing on @cnn @newday this morning w/ @VictorBlackwell I’ve received several death threats. We may not agree on issues, but there is no reason 2 threaten someone’s life. No one should never have 2 report threats 2 the @FBI bcuz of political beliefs. #womenfortrump.”

After appearing on @cnn @newday this morning w/ @VictorBlackwell I’ve received several death threats. We may not agree on issues, but there is no reason 2 threaten someone’s life.

No one should never have 2 report threats 2 the @FBI bcuz of political beliefs. #womenfortrump pic.twitter.com/3L936usyVZ 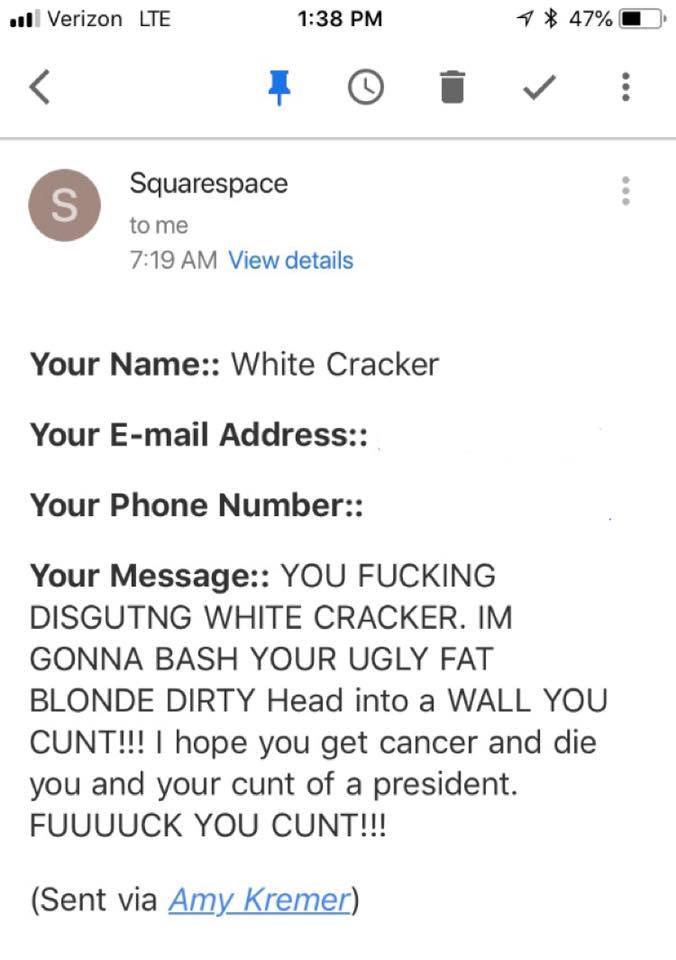 We apologize for having you on our network. It was a mistake and it will never happen again.

Another liberal tweeted, “I’m a hater, F… off!”

A liberal atheist told Kremer, “We hate you, because you are a serial liar. I’m sure you are inspired from it, because hate and lying make you feel alive.”

After the attacks, Kremer stated, “I’ll be fine, but I’ll pray for my haters. No one should be consumed by hate or politics. Life is too short. Bless their hearts, I’ll pray for them.”

As a result of the death threats, Kremer stated that law enforcement and the FBI have been notified.