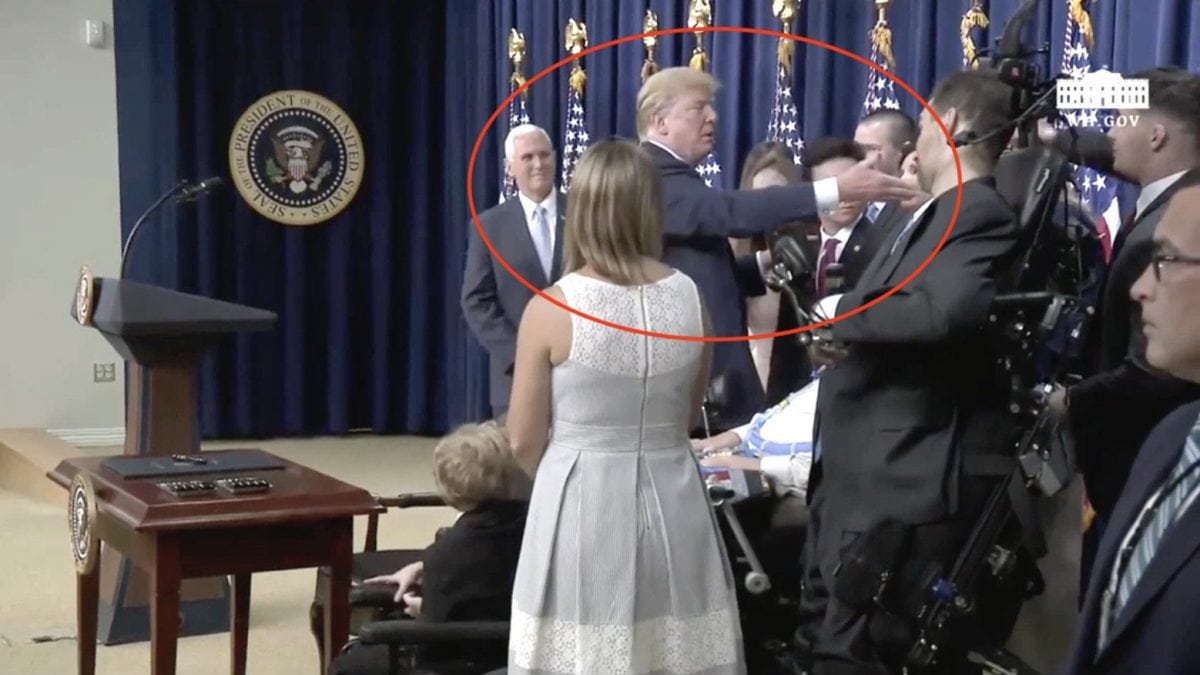 On Wednesday, President Trump signed the Right To Try Act – a bill that allows terminally ill patients the right to try experimental drugs and treatments (S 204). It’s about improving access for families to care that has not been approved by the FDA. It’s been a long time coming for many families who have fought hard for the right to try new treatments.

But it wasn’t just the signing of the law that captured the attention of the Daily Caller, it was the hot mic that heard what Trump said as he shook the hands of every one of the  individuals present. As he leaned in to shake the hand of a man in a wheelchair, he said,

As liberals rant and rail against him, as Democrats demand he be impeached, to this President, it is the people who are important. He mentioned in his statement that he doesn’t care about the insurance companies or the Pharmaceutical companies, he said the people are more important.

He also stated that in a few weeks, there was going to be a drastic reduction in drug prices announced.

Of course the naysayers will claim that he’s only doing it for a photo op, or that the people on the stage proved he is “racist” somehow, the fact is that President Trump has been a compassionate man all his life- giving people jobs who needed them, sending desperately needed finances to children with debilitating diseases, and other powerful philanthropic actions.

Trending: Liberals Need To Decide Between A Plant Or Lithium In The United States

Laura McLinn, IN, mother of Jordan

Today I am proud to keep another promise to the American people as I sign the #RightToTry Legislation into law. pic.twitter.com/VD8CN5YfIo

Here are his remarks about the bill:

John McAfee Found Dead In Jail After Saying He Might Be “Epsteined”: “If I Suicide Myself, I Didn’t”
June 23rd, 2021 Sons of Liberty Media