(TCP News)   It’s downright shameful that a citizen of this country, and a member of Congress compare the U.S. and Israel to the terrorist groups Hamas and the Taliban.

Yet this is exactly what Ilhan Omar, preeminent member of the “Squad” did just recently.

We must have the same level of accountability and justice for all victims of crimes against humanity.

We have seen unthinkable atrocities committed by the U.S., Hamas, Israel, Afghanistan, and the Taliban.

I asked @SecBlinken where people are supposed to go for justice. pic.twitter.com/tUtxW5cIow

Ilhan Omar is well known for speaking out against the U.S. and Israel; one has to at times wonder why she is a member of Congress?   The obvious reason is that Congress is where Ilhan can do the most damage.

Omar can publicly say anything she so desires against the U.S., the country that supposedly is her own nation, as well as make atrocious statements concerning Israel fairly often, and that should be deemed acceptable.   Yet when people call her out on these statements, then Omar right away plays the “Islamophobia” card.

It’s not that I believe the U.S. and Israel have never done wrong, as I see other Leftist commentators implying is the position of many Republicans and others.   At the same time, lumping the U.S. and Israel in with Hamas and the Taliban is as asinine as it is downright stupid.

A group of Democrat Representatives called Omar out on her wildly inappropriate comments, and she responded by whining about how the statement they released contained offensive “Islamophobic tropes.”

Equating the United States and Israel to Hamas and the Taliban is as offensive as it is misguided. Ignoring the differences between democracies governed by the rule of law and contemptible organizations that engage in terrorism at best discredits one’s intended argument and at worst reflects deep-seated prejudice.

The United States and Israel are imperfect and, like all democracies, at times deserving of critique, but false equivalencies give cover to terrorist groups. We urge Congresswoman Omar to clarify her words placing the US and Israel in the same category as Hamas and the Taliban.”   (SOURCE)

It’s shameful for colleagues who call me when they need my support to now put out a statement asking for “clarification” and not just call.

The islamophobic tropes in this statement are offensive. The constant harassment & silencing from the signers of this letter is unbearable. https://t.co/37dy2UduW0

1 a : a word or expression used in a figurative sense : figure of speech

b : a common or overused theme or device : cliché the usual horror movie tropes

I see no tropes of any kind in the above statement, do you?   Why is it that every time Omar opens her mouth, and someone(s) criticizes her for what comes out of her mouth, they and/or their statements are “Islamophobic”?   Either that or Ilhan and the rest of the Squad are being bashed for being “people of color,” or some other such nonsense.

“This is not a conflict between two states. This is not a civil war. It is a conflict where one country, funded and supported by the United States government, continues an illegal military occupation over another group of people,” Omar said on the House floor.

Rep. Debbie Wasserman Schultz, D-Fla., proclaimed on the House floor that “Hamas and Islamic jihad are singlehandedly responsible for the escalation that has led to the bloodshed of Israelis and Palestinians… Israel has every right to defend herself.”

When Israel did hit a civilian “target,” they did so because Hamas was firing rockets at Israel from that location – AND Israeli authorities actually warned people that they were going to strike that particular location.   These are some facts that Omar does not speak of when she condemns the evil Israelis.

I do not speak out against Omar because she is Muslim, or female, or a person of color.   That is nonsense used to justify her mindset while attacking those who disagree with her positions because Ilhan and her Squad (among others) have no other justification to attack those who speak against them.   I speak out against Omar and her positions because they and her are wrong.

Ilhan Omar and those like her are a danger to this country, period.   Omar should be removed from office immediately.

As far as those who make death threats against Omar, that is wrong and is not helping anything or anyone.   People like that should actually in my opinion go to jail.

I don’t like Omar or her attitude and comments, but she has the right to say what she thinks just as I do.

One would think that a member of Congress would however be a little more circumspect in their public commentary.   Ilhan in particular and Democrats in general do this country a grave disservice with the things that they say, and the actions that they commit to.

If We the People do not wake up and smell the coffee, and take action soon – as in vote these numbskull trash-talking U.S. hating people out of office, there won’t be much of a country left to inhabit. 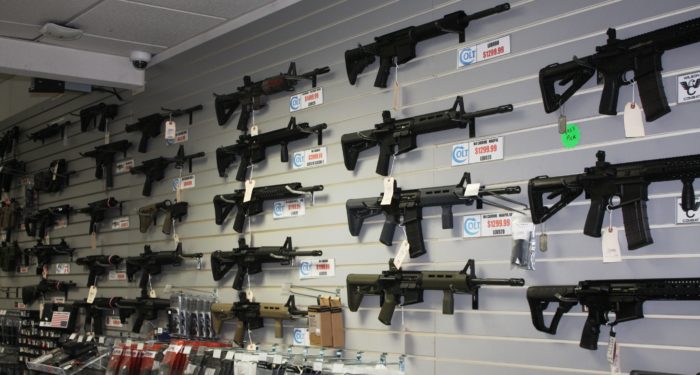