This is one of those times in which American political theater stands squarely at the intersection of coincidence and comeuppance as if the universe has made a ruling on what is truly appropriate behavior for our elected officials.

The situation in question comes as many Democratic legislators from Texas have fled the Lone Star State to prevent the passage of a bill that they didn’t care for but was drafted by other elected officials appointed by we the people.

Worse still, they appeared to be gloating about the stunt, taking selfies on their chartered flight to Washington DC, massless, and guzzling Miller Lite in the process.

Now here’s where the comeuppance comes into play…

Several of the Texas Democrats who fled the state capital to avoid voting on an election integrity bill have tested positive for the coronavirus.

One of the members found out about their positive test late on Friday evening but did not have symptoms, officials say. All House members were notified of the positive tests and were all tested themselves immediately.

The flight to Washington has been lambasted by the people of Texas, with many noting that their votes supplied the state Republican Party with the numbers needed to pass the bills that their constituents are clamoring for.

This pedantic stunt by the Democrats simply usurps the power of the voter and is an aberration of our national belief in a government that is of, for, and by the people.

Neither VP Harris who met with the infected cowardly Texans nor her staff will put themselves in quarantine:

“Earlier today, it was brought to our attention that two of the members at that meeting tested positive for COVID-19. Based on the timeline of these positive tests, it was determined the Vice President and her staff present at the meeting were not at risk of exposure because they were not in close contact with those who tested positive and therefore do not need to be tested or quarantined. The Vice President and her staff are fully vaccinated,” Sanders added.

But all three of the infected Texas lawmakers were fully vaccinated. Maybe it’s a strain doctors are not yet familiar with.  It seems to me that despite the fact they were all vaccinated cackling Kamala should try to avoid contact with others.

Chuck Schumer also met with the Texas runaways, but Schumer won’t get sick because it might cause him votes from the far left…that’s all he really cares about. 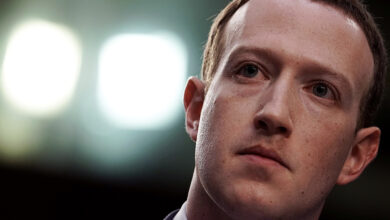