The House of Representatives now has its very own House Liquor Store (aka the Pelosi bar). Pelosi has created a liquor store where House members can order booze and have it delivered directly to their offices. While catering services could deliver alcohol for special events, now they can deliver directly to the member’s office. And they can buy bulk. The new service is provided by caterer Sodexo, which offers a “Drinks on Demand” page.

2) Wine and beer was often available at catered receptions on Capitol Hill. But now booze can go directly to a Member’s office.

And, they can order in bulk.

Fox is told that this can be paid with private money or a campaign funds. https://t.co/P5HmEv5xGV

Pelosi is opening a liquor store in the House where Members can buy alcohol with their taxpayer-funded MRAs.

All while Americans are struggling to pay for food? Outrageous. pic.twitter.com/YPTs1M8p1e

Americans can’t afford to buy groceries or put gas in their cars, and Nancy Pelosi decides now is a good time to open a congressional liquor store on Capitol Hill.

And yes, your tax dollars can be used for purchases.

Washington Dems couldn’t be more out of touch. #FirePelosi pic.twitter.com/IRBup7OOtf

Note: MRAs or Member Representational Allowances are not supposed to be used for private expenses, according to the ethics rules of the House. But apparently for this liquor store, they can.

Members and employees may not be reimbursed for food and beverage expenses related to social activities or social events (e.g., hospitality, receptions, entertainment, holiday or personal celebrations, and swearing-in or inauguration day celebrations).

Members and employees may not be reimbursed for the cost of alcoholic beverages.

Nancy Pelosi is well known for her alcohol use. On Congressional Delegations over a two year period, she spent over $100K on booze and food just in the aircraft alone.

One Twitter user remarked: “Great. Congress has trouble functioning now. Liquor will only make it worse. Most employers prohibit workers from bringing liquor on the job except if you are in Congress working for we the people.”

The person is absolutely correct. Very few agencies or companies allow alcohol to be consumed on the job. In the early 70’s when I worked at the police department, the then City Attorney began having cases of alcohol delivered directly to his office. There was a huge uproar. He ultimately resigned over the flap, and took his booze with him.

We know it’s stressful for legislators working in the DC Swamp, but the Pelosi bar is a foolish plan. Sometimes the “perks” of being elected go a little too far.

Gas and food prices thru the roof, open border, baby formula shortage, empty shelves. And what is DC doing? Flying to Ukraine for photo ops and opening a House Liquor Store.

Details of the Trump-Carrier deal 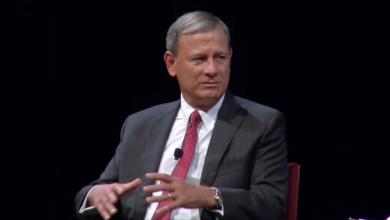