A Texas National Guard Convoy carrying Covid Vaccines was ambushed Monday morning by a man with a 1911 .45 Colt handgun. Why, you ask? The suspect, Larry Lee Harris, 66, claimed that they kidnapped “a woman and a child.”

Harris began following the Texas National Guard convoy when the three vehicles stopped at a Love’s gas station in Lubbock, Texas. Police said that Harris repeatedly tried to run the convoy off the road. Those attempts failed, so he pulled his vehicle crossways in the road to force them to stop. Idalou Police Chief Eric Williams said that the man “appeared mentally disturbed.”

Claiming to be a detective, he ordered all 11 soldiers to exit the vans so he could search them, Williams’ statement said.

Idalou police received a call and rushed out to the scene, roughly 2 miles east of town along Highway 62/82.

Two officers arrived to find the uniformed National Guard soldiers and Harris, who they arrested “without further incident.”

He had an extra loaded pistol magazine on him and a third in his truck, according to the officers.

The Texas National Guard convoy was transporting COVID vaccines, and therefore the service members were unarmed.

“This was a very dangerous situation since the suspect was standing in the midst of the unarmed Guardsman with a loaded weapon then the Idalou Officers arrived on scene. We are grateful that the officers were able to take him into custody without any of the Guardsmen, the officers or the suspect getting hurt.”

Harris is facing numerous charges: aggravated assault with a deadly weapon, unlawful restraint of 11 National Guard soldiers, unlawful carrying of a weapon, impersonating a public servant and interference with Texas Military Forces. He is being held at the Lubbock County Jail on a Federal hold with no bond, according to the Military Times.

Obama regime’s transcript of call from Mateen: ‘I pledge allegiance to [omitted]’ 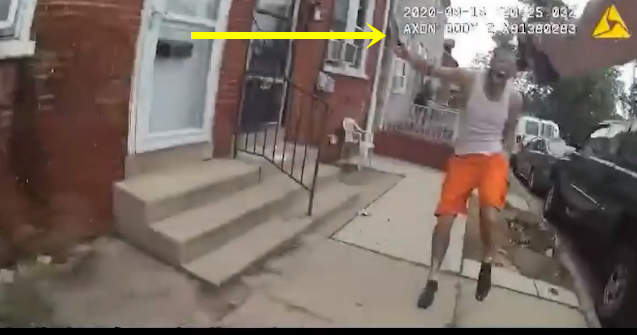