Judge Ketanji Brown Jackson wept Wednesday night as the Democratic senator known for his “I am Spartacus” moment during the Brett Kavanaugh hearings railed against Republicans on the Senate Judiciary Committee, accusing them in an emotional soliloquy of insulting the first black woman to be nominated to the U.S. Supreme Court.

Republican senators, including Ted Cruz of Texas, Josh Hawley of Missouri and Lindsey Graham of South Carolina, questioned Jackson about her lenient sentences in child pornography cases, her representation of accused Islamic terrorists and her stance on the teaching of the “anti-racist” principles of the neo-Marxist Critical Race Theory in schools.

“You faced insults here that were shocking to me,” Booker said, directing his words to Jackson.

“Nobody’s taking this away from me,” Booker said. “Don’t worry, my sister. Don’t worry. God has got you. And how do I know that? Because you’re here, and I know what it’s taken for you to sit in that seat.”

The senator explained why he was becoming emotional.

“I want to tell you, when I look at you, this is why I get emotional, I’m sorry, you’re a person that is so much more than your race and gender. You’re a Christian. You’re a mom. It’s hard for me not to look at you and not see my mom. I see my ancestors and yours,” Booker said.

“You have earned this spot. You are worthy. You are a great American,” he said.

The committee chairman, Sen. Dick Durbin, D-Ill., called for a recess at the conclusion of Booker’s remarks. Immediately, people in the hearing room, including Jackson’s father, Johnny Brown, lined up to give Booker a hug, with several wiping away tears.

Republican senators joined Democrats in noting the historic nomination and praising Jackson for her accomplishments and calm demeanor. But Democratic Sen. Sheldon Whitehouse of Rhode Island agreed with Booker that Republicans were out of line, calling the New Jersey senator’s speech an “epic Senate moment and also a moral reset after some truly poisonous, cynical behavior that trolled through the absolute bottom of what the Senate has done in dark times past.”

Cruz, however, pointed out in an interview that unlike Democrats’ grilling of Kavanaugh and Amy Coney Barrett, Republicans centered their questioning on policy issues.

“You played clips of the Democrats slamming Republican nominees, going personal, going into the gutter, going after their character,” Cruz told Fox News. “If you look at the hearing the last two days, the questions that Republicans focused on were her record and in particular, her judicial record.”

During the Kavanaugh hearings in 2018, Booker threatened to break Senate rules and release confidential documents about Supreme Court nominee Brett Kavanaugh, saying it was his “I am Spartacus” moment. The reference was to Stanley Kubrick’s 1960 Academy Award-winning movie “Spartacus,” starring Kirk Douglas. Booker said he was willing to sacrifice his Senate career to release emails he thought would show Kavanaugh to be a racist. The emails already had been released, however, and they showed only that Kavanaugh favored race-neutral security measures while recognizing his judicial colleagues must “grapple” with “the interim question of what to do before a truly effective and comprehensive race-neutral system is developed and implemented” to prevent another terrorist attack.

“In every single case where she had discretion a child pornography case, she gave dramatically lower sentences than the sentencing guidelines provide for, and that the prosecutor asked for,” Cruz said. 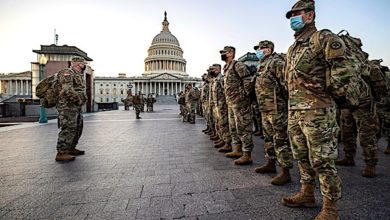