So this is what tolerance is all about? But I’m getting ahead of myself. First off, a Happy St. Paddy’s Day to all of our readers and to several of my LU comrades in arms, not least among them my partner, J.E. Dyer. Now go stand in a corner and feel bad about yourself, ya drunken louts!

That’s not me speaking (and it’s not the Jameson’s I partook in last night either). It’s someone name Andrew O’Hehir, who has an article at Salon depressingly titled “How did Irish-Americans get so disgusting?”

O’Hehir makes the first mistake of uncivil discourse toward a demographic based purely on group identity (also known as bigotry) by acknowledging that he’s one of the clan, and ostensibly believing that somehow gives him license to go off half-cocked. (And even then it’s a lukewarm acknowledgment: “Am I proud of my Irish heritage? Sure I am, up to a point: We’re all born with something, and I was born with a name no one can spell or pronounce…”).

O’Hehir tries to cloak his self-loathing in some quasi-historical claptrap about politics in Ireland and how “Irish-American identity and genuine history was severed, and all we’re left with now is a fading and largely bogus afterlife.”

On one hand, Irishness is a nonspecific global brand of pseudo-old pubs, watered-down Guinness, “Celtic” tattoos and vague New Age spirituality, designed to make white people feel faintly cool without doing any of the hard work of actually learning anything.

It goes on like this for another 1,500 words or so. Along the way are obligatory digs at “Irish republicanism of the ’70s and ’80s,” which “sparked a global consciousness among a population of privileged white Americans whose cultural distinctness was fading fast” and an effort to establish solidarity with American liberals’ favorite protected class:

As the title of Noel Ignatiev’s important if overly harsh academic study “How the Irish Became White” makes clear, Irish immigrants first arrived in America as despised outsiders, who were white in terms of complexion but not culture. In my colleague [and fellow Mick and self-hater] Joan Walsh’s “What’s the Matter with White People?”, she discusses Bacon’s Rebellion of 1676, a little-noticed event in which black and Irish indentured servants rose up against British colonial rule. (This led to the creation of the slave codes, which made African-Americans slaves for life, and the conferring of limited white privilege on the Irish.)

I have saved for last the article’s unintentionally funniest assault, which appears in the title of this post and the teaser to O’Hehir’s article, as well as in Salon’s accompanying “art” — photos of Fox News Channel hosts Bill O’Reilly and Sean Hannity. O’Hehir takes both men to task, along with Pat Buchanan and Rep. Peter King, for “consistently representing the most stereotypical grade of racist, xenophobic, small-minded, right-wing Irish-American intolerance. When you think of the face of white rage in America, it belongs to a red-faced Irish dude on Fox News.”

That’s all well and good, but O’Hehir is omitting the other “red-faced Irish dudes” who spew “Irish-American intolerance” on stations other than Fox News Channel. Can you say Bill Maher, Andrew? His intolerance, racism, xenophobia, and small-mindedness are on display weekly (weakly?). In discussing the soon-to-be-released movie “Noah,” Maher, who considers himself an atheist, called God a “psychotic mass murderer” (video here). How’s that for tolerance?

And although he’s of a much attenuated stature (in every sense of the word), there’s MSNBC’s Lawrence O’Donnell, whose Irish was gotten up by Tagg Romney, son of GOP presidential contender Mitt Romney, who said after the third debate in 2012 that he would like to take a swing at Barack Obama. The young Romney was articulating an impulse felt by many viewers after watching the smug and sarcastic Obama attempt to score style points by ridiculing his opponent’s foreign policy position. (Obama’s snarky comment — “The 1980s are now calling to ask for their foreign policy back” — recently came back to bite him in the butt when Russia provided a glimpse of its former Cold War self.)

But back to O’Donnell. On national TV, he offered to knock the young Romney’s block off (video here). How utterly stereotypical, eh Andrew? 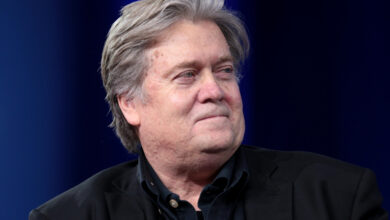 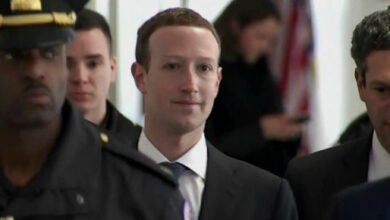