The man suspected of launching a violent triple-stabbing on a downtown Seattle, Washington street in broad daylight Tuesday reportedly had 22 arrests since graduating from high school in 2008, and has been involved in 33 different court cases dating back to 2009, according to MyNorthwest.com.

Ironically, Seattle is the headquarters of a billionaire-backed gun prohibition lobbying organization, the Alliance for Gun Responsibility. This group has bankrolled two gun control initiatives in the past few years that have ratcheted down on the rights of law-abiding Washington State gun owners, including one that requires so-called “universal background checks” and another, passed last year, that raises the minimum age for purchasing semiautomatic rifles to 21. The latter measure, Initiative 1639, is currently being challenged in U.S. District Court in Tacoma on Second and Fourteenth Amendment grounds, and for allegedly violating the Commerce Clause.

So far, there has been no comment from the gun control group.

Published reports say the suspect initially stabbed himself in the chest, then attacked his male victims. Following the attack, Morisette allegedly fled the scene, stripping off all of his clothing and tossing the knife into the back of a delivery truck. When police apprehended him, he was completely naked.

According to KIRO Eyewitness News, the CBS affiliate in Seattle, Morisette has a criminal history that includes assault, burglary, felony vehicle prowling, trespassing and malicious mischief. He has been in trouble in several communities and at least two counties in Western Washington.

A recent check with the state Department of Licensing showed there are slightly more than 100,000 active concealed pistol licenses in King County, which encompasses Seattle. That’s almost one-sixth of all the CPLs in the entire state. As of July 1, there were more than 622,000 active CPLs in the state, and the number appeared to be climbing.

The suspect is apparently homeless, and reportedly was known by Seattle police for previous offenses. He reportedly has a history of drug and mental problems. He was ordered last year by a judge pro-tem to go through mental health and chemical dependency treatment, and to not possess any weapons. 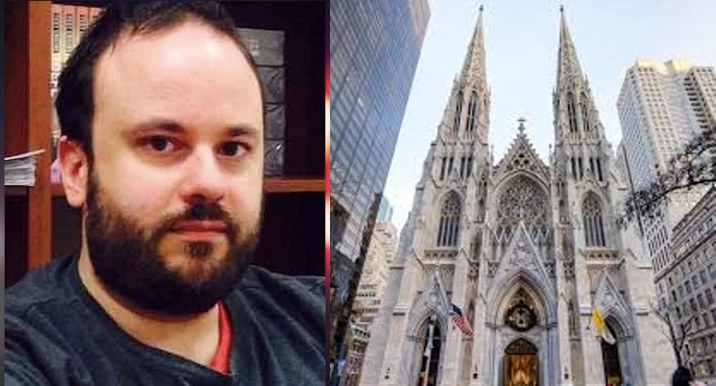